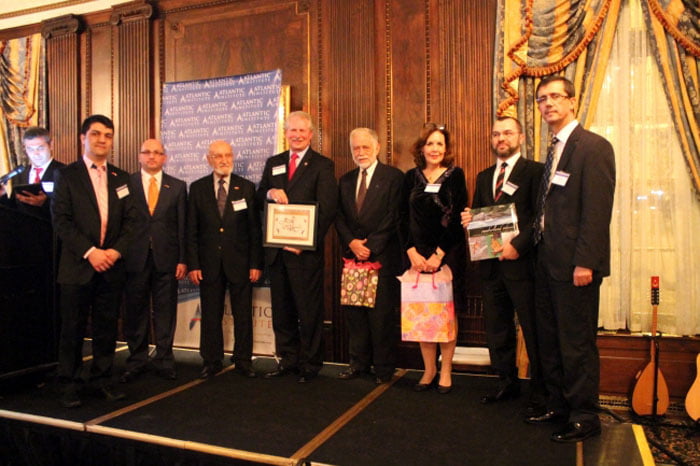 Atlantic Institute, Tennessee, held its 7th Annual Dialogue and Friendship Dinner at the historic Hermitage Hotel in the state’s capital, Nashville, on November 13th. The dinner saw the attendance of a large number of prominent politicians, academics and NGO representatives and businessmen.

Japan’s Consul General in Nashville, Motohiko Kato; Tennessee Senator Bill Ketron; the president of Middle Tennessee State University (MTSU), Sidney McPhee; and several assembly members were in attendance of the event themed “”The Value of Dialogue in our Changing Society.”

Senator Bill Ketron, in his remarks, offered his reflections on the Atlantic Institute’s dialogue and cultural trip to Turkey he earlier had attended. He highlighted Turkey’s economy and young population in addition to hailing the Turk’s hospitality he had observed throughout the trip. “I recommend that everyone attend these trips that build bridges of friendship between Tennessee and Turkey,” Ketron remarked.

Next, Dr. James Harrington, director of Texas Civil Rights Project, discussed the significance of interfaith and intercultural dialogue and Hizmet Movement’s contribution to global peace and education. Specifically, Harrington spoke highly of the movement’s contributions to educational initiatives in the eastern and southeastern Turkey.

Atlantic Institute’s foreign relations representative, Dr. Elvan Aktas, who first identified himself as a Hizmet Movement member, went on to discuss the significance and rewards of dialogue. Based on his personal experiences, Aktas elaborated on how effective the intercultural and dialogue trips are in eliminating mutual biases between the two communities.

A Turkish folk string instrument, baglama, performance was given along the dinner.