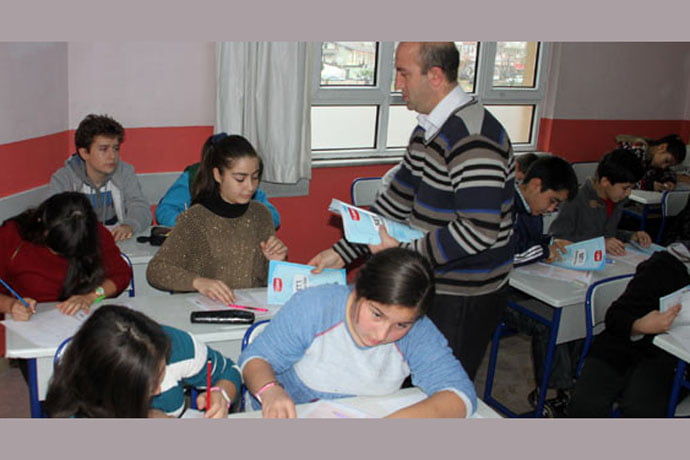 MUSTAFA GÜRBÜZ
Regarding the heated prep school debate, Justice and Development Party (AKP) Ardahan Deputy Orhan Atalay explicitly spelled out the AKP- Gülen tension: “Just as the KCK [the Kurdistan Communities Union, an umbrella organization that contains the Kurdistan Workers’ Party (PKK)] is a parallel structure within the state; prep schools have become the same thing.” According to this view, (1) prep schools are considered the bastions of the Gülen movement, (2) the movement is a parallel structure within the state, and (3) the government’s action against the movement stems from a national security concern.

It was especially interesting to hear the aforementioned account from an AKP deputy elected in an eastern province because the AKP’s biggest competitor in the region, the pro-Kurdish party, has expressed similar arguments. In his interview with Hasan Cemal, Murat Karayılan summarized this sentiment very well:

“Fethullahists [Gülen movement supporters] are trying to settle into the state hierarchy; this is why they have become close to the Justice and Development Party (AKP). They have gained power. They are getting support from the United States as well. The USA puts forth the Fethullahists into the Islamic World…They say ‘We are also against the PKK; we’re also pro-state,’ and thereby they infiltrate the state…They’re [widespread] among the AKP supporters.”

In electoral campaigns, pro-Kurdish party officials referred to Gülen organizations and AKP policies interchangeably. They got the picture right: The Gülen movements’ grassroots influence among Kurds has been translated into pro-AKP votes in the past decade. That’s why some religious Kurds feel perplexed as the AKP moves to ban prep schools. For them, the AKP officials shoot themselves in the foot.

If you are following the social media debates, you will notice that the Gülen activists place a special emphasis on the role of prep schools in Turkey’s eastern provinces. Clearly, prep schools are the bastions of the Gülen movement in the region. In the eyes of the pro-Kurdish movement, however, the situation is more complex: The Gülen-affiliated prep schools are also the bastions of the AKP in the region, materialized in the electoral competition. The closure of these schools would bring a double win for the BDP: a strong blow to its main rival in the civil society (i.e. the Gülen movement) and a decrease in pro-AKP votes. Chairman Selahattin Demirtaş has already expressed their full support for the closure bill.

Would the AKP-Gülen rift bring a shifting alliance regarding the Kurdish issue? In Nationalist Movement Party (MHP) circles, rumors linking the Oslo negotiations with the PKK and the government’s decision on the prep schools are abundant. The AKP leaders, of course, deny these empty allegations. Yet, the fight over rumors does not change the current alliance between AKP and BDP on curbing the Gülen movement’s influence in the region. As Kurdish intellectual and writer Ümit Fırat puts it: “If the prep schools are shut down, it is undoubtedly the PKK who will be most happy about that.”

It is stunning to watch triads. As renowned sociologist Georg Simmel pointed out in his treatise on social geometry, one common observation is that — in any group of three people/groups — two will tend to unite against the other one. This tendency of alliance formation makes triads a very unstable grouping, which may lead to conflict.