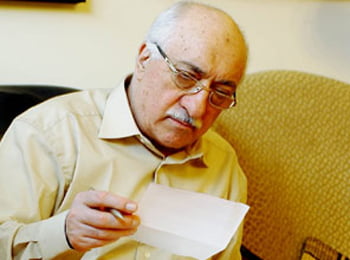 ‘Regardless of the perpetrators and their stated purposes, every terrorist attack is a murder and an attack on the sanctity of life itself, and deserves condemnation in the strongest terms. Neither a religion nor any human being with a conscience can condone such cruelty.’ he said in a press release.

‘Those who carry out such attacks and who support the perpetrators are oblivious to the ethos of the religion that they proclaim, and inflict the biggest damage to the religion’s reputation in the world. Those who consciously perpetrate such acts have lost touch with their very humanity, and do not represent any religious identity.’ he added.

Gulen emphasized that in addition to the intelligence and security measures taken to prevent individual terrorist attacks, there is a pressing need for cooperation between states and civil society groups to eliminate swamp-like environments and conditions that facilitate recruitment by terrorist groups.

‘I am confident that leaders in countries with strong democratic and legal foundations, like Belgium, will act with prudence to develop lasting solutions that incorporate their Muslim citizens and avoid feeding into the hateful rhetoric of terrorist groups.’ he said.

Gulen is known decades‐long commitment to interfaith tolerance and altruism that has inspired millions in Turkey and around the world.

I learned with deep grief the news of the explosion in Beirut that killed more than a hundred people, injured thousands and caused hundreds of thousands to leave their homes. I extend my condolences to those who lost their loved ones in the explosion and to all Lebanese people, and I wish quick recovery to the injured.

Gulen places a great importance on the interdependence of individuals, communities, nations and systems on one another. Each fundamental unit within any system plays a role and has an inexplicable effect – small or great – on every other unit within such a system (similar to chaos theory in Mathematics).