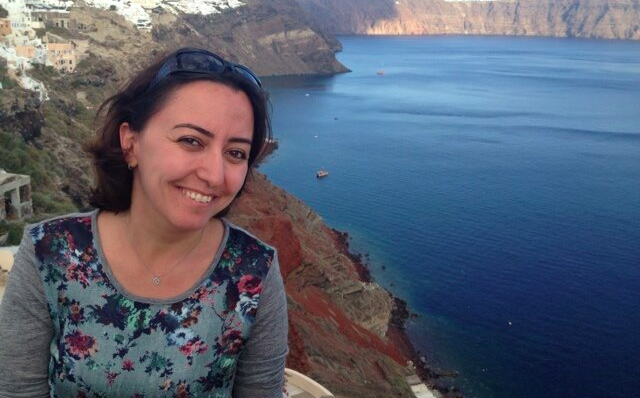 Devgi Akarçeşme: When Erdoğan said in December 2012 that separation of powers is an obstacle in front of them, his simplistic understanding of democracy surprised me, but it seems that I should have been worried.

When the Justice and Development Party (AK Party) was established in 2002, I was a fresh college graduate who was fed up with the incapable, unstable, corrupt and antidemocratic coalition governments of Turkey during the 1990s. It was probably the catastrophic earthquake in 1999 and the severe economic crisis in 2001 that eliminated the remaining credibility of political parties in Turkey and swept them away in the elections.

The emergence of a new party that promises change was in accordance with zeitgeist. As a result, in the absence of a better alternative, I voted for the AK Party in 2002 when it came to power as a single-party government. The unprecedented and unexpected commitment of the AK Party to the EU membership goal and values was a pleasant development as I have always favored a Turkey that at least targets achieving the democratic standards of the EU. As a society in which almost all segments suffered from the oppressive and discriminatory policies of the Kemalist regime, we were thirsty for a government promising respect for diversity and a system based on the rule of law.

To make a long story short, up until 2011, I had never questioned the correctness of my voting behavior and voted for the AK Party, which turned Turkey into a success story. Its strong leader, Recep Tayyip Erdoğan, was clearly a conservative man whose lifestyle was disapproved of by the official regime. He was one of the victims of the system like millions those who voted for him and it was perfectly normal for him to be a pious man as long as the government did not impose a certain lifestyle on the people.

With Tayyip Erdoğan’s increasing power and mandate in the referendum and the 2011 elections, things started to change. We have begun to see the AK Party associating itself more with the state. For me the first clue was Uludere case, in which 34 civilian Kurdish villagers were bombed by the Turkish army’s jets. Even if it was a “mistake,” Erdoğan’s reaction protecting the state and leaving the incident in the dark was a disappointment. As of today, the society still does not know who gave the orders in Uludere and whose mistake it was.

As if these were not enough for further polarization in society, PM Tayyip Erdoğan said that the government is considering legislation targeting mixed-gender student housing since it is against the “conservative understanding of society.” From my perspective, this was the last straw that created red flags in my mind. Could this be a government really aiming to design and control all spheres of life and impose its preferences on everyone as the skeptics of the government argued for all these years?

For the first time in the 11-year reign of the AK Party, I was truly concerned when PM Tayyip Erdoğan last week said that the decision to shut down private prep schools was finalized despite heavy resistance from a significant portion of society.

A government that could consider interfering with “freedom of enterprise” is grim enough. But, Erdoğan went further and described a democratic form of dissidence only on Twitter and in the newspapers as “black propaganda.” Could this be a man who simply considers any dissidence illegitimate? (In the meantime, another AK Party deputy expressed his opposition to co-ed education and a desire to “correct” it. The party was quick enough to classify it as a personal opinion, but it requested the expulsion of another deputy who disagreed with Erdoğan on the prep school decision.)

Unfortunately, the government’s tendency to publicly disapprove of different choices has become a pattern. As long as opposition continues, Erdoğan does not refrain from punishing dissidents in different forms, such as the financial inspections of Koç Holding companies that openly supported the Gezi protests. Apparently, now it is the Hizmet movement’s turn because of the private prep school row.

A more alarming signal I witness is the emergence of people, particularly young people, who approve of Erdoğan’s uncompromising style — to say the least — in society. For a significant number of the AK Party youth and base, Erdoğan is almost considered infallible and his decisions are beyond question. Anyone who dares to openly oppose the government’s policies could easily be labeled a “traitor” or “servants of the interests of Israel” as happened last week during the prep school row. Even the official advisors of Erdoğan made such accusations in an effort to discredit criticism.

Against such a backdrop, I feel highly disappointed in and even cheated by Tayyip Erdoğan. Has this always been his tendency or has his unrestrained power led him to act like a “one man”?

When Erdoğan said in December 2012 that separation of powers is an obstacle in front of them, his simplistic understanding of democracy surprised me, but it seems that I should have been worried.

Strengthening my concerns, Erdoğan asked Russia’s authoritarian president, Vladimir Putin, on Friday to accept Turkey into the Shanghai Five and “save Turkey from the burden of the EU.” Does PM Tayyip Erdoğan consider the EU simply an economic union without realizing the vitality of its values?

I am profoundly sad to announce my concerns about the direction of Turkey after years of struggle for moving towards liberal democracy. Apparently, the authoritarian Kemalist state has not died, but changed form in the hands of its “reverse Kemalists” of the country.