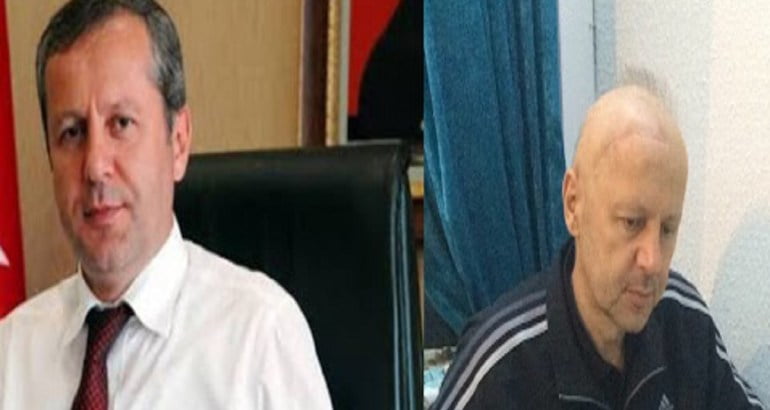 The wife of a former prosecutor, İbrahim Ethem Kuriş, who has been kept in prison for 9 months over alleged involvement into the coup attempt on July 15, 2016 despite of his serious illness, has plead in a letter for help to assure an efficient health care for his cancer husband in jail.

Stating in her letter that Prosecutor Kuriş was detained over allegations over involvement into coup attempt despite he was in rest at home because of his serious sickness, cancer, Kuriş’s wife has underlined that all their applications to the related officials have remained unreplied or denied.

Kuriş’s wife has also complaint that despite of her husband’s serious and heavy health conditions, the biased forensic medicine department has always issued reports claiming that Prosecutor Kuriş is eligible to stay in prison conditions. Reminding that they have now suspicion that her husband’s cancer has relapsed in his back, Kuriş’s wife has underlined the significance of urgently having a magnetic resonance imaging test for her husband.

“All of the bureaucrats have been under strong political pressure. It is also indefinite what will happen to us in the coming days. We are under serious fear and anxiety,” she said.

The full text of the translated letter send by Prosecutor Kuriş’s wife to “Justice Held Hostage” is as follow:

“I am wife of prosecutor İbrahim Ethem Kuriş. For nearly 25 years, we had went around several provinces and districts of Turkey since my husband’s duty. During this time period, we had met lots of difficulties. At one time, we had got terror attack in official residence we stayed which was impossible for me to forget. As I have remembered, I shudder.

Despite the prosecutor’s serious and heavy health conditions, the biased forensic medicine department has always issued reports claiming that Prosecutor Kuriş is eligible to stay in prison conditions.

My husband has been always devoted to his job. He has become a man always respected and liked by his colleagues and acquaintances. He has put his signature on applaudable works in everywhere he went. He always valued the personnel in courthouses he had served and also made effort to develop their physical conditions. One of the most important actions he had done during his professional life is the establishment of a textile factory in Sinop Prison. By now, that factory is unable to meet the demand. He submitted jobs to the convicts and presented them opportunities to keep their hope for life. So, he has been always remembered with gratitude.

The other crucial action of my husband is to establish the houses for the women who are the victims of domestic violence for the first time. Nowadays, these kind of houses have been spread out all over the country. Why am I talking about these? I do so because I asked also myself again and again. How can a person spent his life in worthwhile doings for people become a terrorist? How can a person excessively devoted to his state and nation and even as seriously got sick possibly attempt this?

My husband’s moving backward in his profession began almost one year before July 15, 2016 coup attempt. He was appointed from Ankara Chief Prosecutor’s Office to that of Antalya and from there to Sakarya and then appointed to İstanbul. At each appointment he began his new duty with a downgrade. Furthermore, we have learned that he had a lung cancer during these appointments. I had never seen my husband in such a sad situation. Now, I found out that my husband got caught of a serious and fatal disease. Due to metastasis to his brain, he had surgery two times, also having a chemotherapy and radiotherapy. At the time, when he was still at home due to his heavy illness and far away from his job that he has been excessively devoted, he was jailed on charge of attempting to overthrow the government.

My husband has been held in prison for 9 months. All our applications have remained unreplied or denied. We have doubts over the reemergence of sickness on his back. He is waiting for having a magnetic resonance imaging test. Medical jurisprudence has always issued reports that he is eligible to stay in prison conditions. Unfortunately, no institution in Turkey is, now, able to decide independently. All of the bureaucrats have been under strong political pressure. It is also indefinite what will happen to us in the coming days. We are under serious fear and anxiety. Despite all these, we would like to thank to everybody who are making effort to raise our voice.

Prosecutor Kuriş’s daughter, a law student, has also sent a letter to the “Justice Held Hostage” and the letter was translated into English by the blog’s editors.

Turkey’s Interior Minister Süleyman Soylu has announced on April 2 that 47,155 people have been jailed and 113,260 people have been detained over alleged links with Gülen movement since coup attempt on July 15, 2016.  According to Minister Soylu, 2,575 judges and prosecutors have also been jailed during post-coup witch hunt against alleged members of Gülen movement. However, the independent sources say currently 3,089 judges and prosecutors are kept behind the bars in Turkey.

Turkey survived a military coup attempt on July 15 that killed over 240 people. Immediately after the putsch, the Justice and Development Party (AKP) government along with President Erdoğan pinned the blame on the Gülen movement despite the lack of any evidence to that effect.