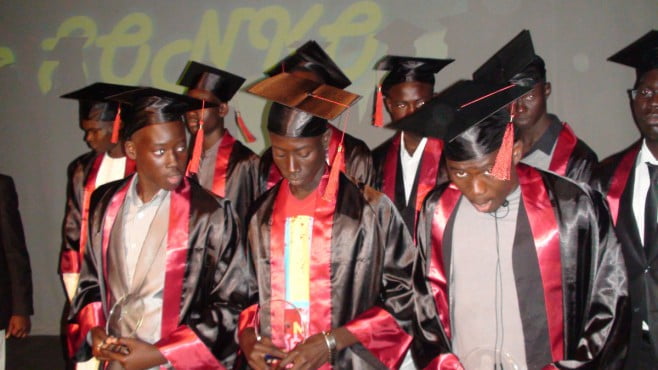 Turkish schools opened by entrepreneurs affiliated with Hizmet Movement held a graduation ceremony for the students on their 11th academic year in Dakar.

Large numbers of people including many bureaucrats attended at the ceremony. National anthems of Turkey and Senegal were recited at the beginning of the program and successful students were awarded. Speaking during the ceremony deputy principal Mehmet İzol stated that students graduate from the schools will represent both Senegal and Turkey successfully.