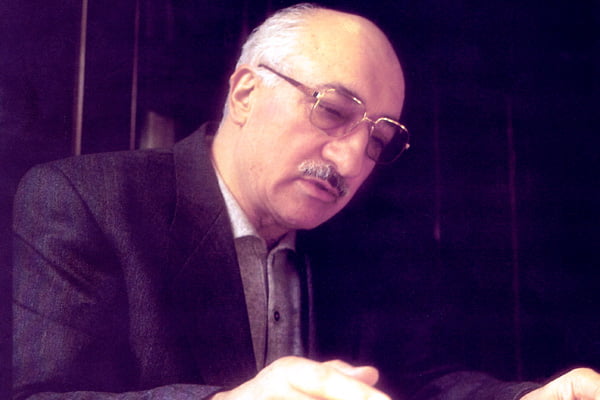 There is a studious silence in the basement floor of the Rose Pink Women’s Education and Mutual Aid Association in Diyarbakir, the largest city in Turkey’s mainly Kurdish southeast. In three classrooms, 70 12-year-old girls are hard at work studying for exams that will decide their secondary school future. Wearing headscarves that bar them from working in Turkish state schools, volunteer teachers advise struggling students.

In the library across the corridor, Ministry of Education-required course books rub shoulders with encyclopedias and a copy of Charles Dickens’ Hard Times, in English.

Like 24 other facilities newly opened in Diyarbakir to provide free after-school education, Rose Pink was set up by followers of Turkey’s most influential religious leader, Fethullah Gulen.

A former state imam who has lived in the United States since 2000, the 67-year-old Gulen has always prized education. With an estimated following of between 3 million and 5 million, he has established hundreds of schools worldwide, including in the United States, sub-Saharan Africa and Pakistan.

Over the last two years, however, Gulen’s movement has focused attention much closer to home: on Kurds in Turkey and across the border in Iraq.

Almost every town in southeastern Turkey now has a Gulen school. In Iraqi Kurdistan, where the movement opened its first school 15 years ago, there are now 15 of them. And last November, a university opened in the regional capital of Erbil.

On both sides of the border, the movement has gained many admirers. “In Kurdish schools, the relations between teachers and students are identical to what they were between mullahs and their disciples in Islamic madrassas a century ago”, says Tarza Pirbal, whose daughter attends an English-language girl’s school operated by Gulen’s organization in Erbil. “These Turks actually value their children.”

“It is simply the best education you can get,” adds Mazhar Bagli, a Diyarbakir-based academic. “People are falling over each other to get their kids into these schools, whether or not they like Fethullah Gulen.”

Ms. Pirbal and Mr. Bagli are referring to the Gulen organization’s fee-paying schools. The non-fee-paying establishments like Rose Pink are even more popular. At an after-school program for boys in the Sur district of Diyarbakir — a semi-slum inhabited mostly by families who fled their villages in the 1990s at the height of Turkey’s ongoing war against Kurdish militants — teachers say 5,000 families applied for 250 spots.

“Seven-hundred-thousand people in Diyarbakir are younger than 18 — over 50 percent of the total population — and most are very poor,” says Aziz Nart, chairman of the Diyarbakir Entrepreneurial Businessmen’s Association, a Gulen-linked business group that sponsored the construction of the 25 “reading rooms.” “This is something the state should be dealing with. We are just trying to fill the gaps.”

Central though the schools are to the Gulen organization’s activities in the region, many think its interests go beyond education. Unique among Turkish Muslim groups in preferring cooperation with the state to conflict, the movement has tended to develop its activities in parallel with state policies. In the early 1990s, when Turkey was trying to build relations with the newly-independent Turkic states of Central Asia, it concentrated on opening schools in that region.

Its discovery of the Kurds coincides with Turkey’s efforts to improve traditionally tense relations with Kurds north and south of the border. Once banned, Kurdish has been broadcast 24 hours a day on Turkish state television since January 1. While Turkey still baulks at acknowledging the existence of a federal Iraqi Kurdistan, unofficial relations are deepening, as the two sides discuss ways to persuade 4,000 former Kurdish militants to drop their guns and return home.

Traditionally noted for its political neutrality, the Gulen organization has openly supported the Justice and Development Party (AKP) government since it came to power in 2002. There is evidence that the state has repaid the compliment in Kurdish areas. When authorities in Cizre paid for hundreds of village children to attend after-school classes late last year, locals say, they chose not an independent one, but a local one run by the Gulen organization. When 100 Turkish intellectuals met in Erbil in mid-February under the aegis of the Abant Platform, a discussion forum set up by the organization in 1998, the key-note speech was given by Turkey’s consul in northern Iraq.

“The AKP and Gulen share a common vision of how to solve the Kurdish problem,” says Hakan Tahmaz, the author of a recent book on the Kurds. “Both use the rhetoric of a Golden Age at the time of the Ottoman Empire, when Turks and Kurds were united by their Muslim faith.”

Suspected by secular Turks of harboring desires to re-Islamicize Turkish society, the Gulen schools — which stick rigorously to Turkey’s officially-sanctioned curriculum — should theoretically find fertile ground among traditionally devout Kurds. “Islam is the soft underbelly of the Kurds,” says Nusirvan Elci, a leading lawyer in Cizre. The organization has another trump card, too: Gulen began life as a follower of Said-i Nursi, the most influential Islamic thinker in Turkish Republican history. Nursi was a Kurd.

Gulen has had very little to do with Nursi for years. But observers throughout the southeast say Nursi’s books have begun to reappear in discussion groups run by Gulen’s organization. “Nursi acts as a sort of ice-breaker — ‘you respect him, and we respect him too,'” says Ibrahim Aydin, a teacher in a Cizre high school.

Yet the Gulen organization has one major obstacle to overcome if it is to succeed in Kurdish areas: its deep roots in the Turkish nationalist tradition.

Just three years ago, the organization’s newspaper, Zaman, still showed a preference for euphemisms like “eastern tribes,” instead of using the word “Kurd.” Today, many of its columnists have a strikingly liberal approach to the Kurdish issue. But it remains one of very few newspapers that still avoids printing the letters q, w and x, used in Kurdish, but not in Turkish. The letters are still officially banned in Turkey, but the start of state Kurdish television on January 1 effectively rendered the ban irrelevant.

One Turkey, by far the most popular TV series running on Samanyolu TV, a private channel close to the Gulen movement, reflects a similar position. Aptly enough, given Gulen’s emphasis on education, the series recounts the tribulations of a school teacher sent from western Turkey to a remote Kurdish village. He promotes reforms, but meets stiff resistance. The locals are portrayed as ignorant traditionalists in the thrall of godless, radical militants who kidnap the village imam and try to feed him pork.

A liberal Islamist intellectual in Diyarbakir, Serdar Yilmaz compares the series to the modernist ideology of the early Republic: “It doesn’t ask why villagers are skeptical of the newcomer, or why they support the PKK [the Kurdish militant movement]. It presents them as imbeciles who can only be sorted out by an enlightened westerner.”

The fundamental aim of the Gulen Movement and its schools, he adds, is to create “moral, obedient citizens.” Hence their interest in the Kurds: “For them, the Kurds are the [Turkish] Republic’s naughty children who need to be taught proper manners.”

A moderate Islamic intellectual and a Kurd who attended the Abant Platform earlier this month, Altan Tan agrees that programs like One Turkey hamstring the Gulen movement’s efforts to play a part in the solution to the Kurdish issue.

But he warns against seeing the organization as homogeneous. “Think of the AKP: 367 MPs with political views all the way from liberal to nationalist”, he says. “The [Gulen] movement is the same.”

“Like all sections of Turkish society — the politicians, the intelligence services, the army — its members are realizing that the old mindset is unsuited to the realities of the country. They are changing,” Tan continued.

Aziz Nart, the businessman, has witnessed the change at first hand. At the end of a week-long visit to Diyarbakir hosted by his association, an Istanbul factory owner confessed to him that he had always avoided employing Kurds. “From now on, I’ll go out of my way to employ them,” the factory owner said.