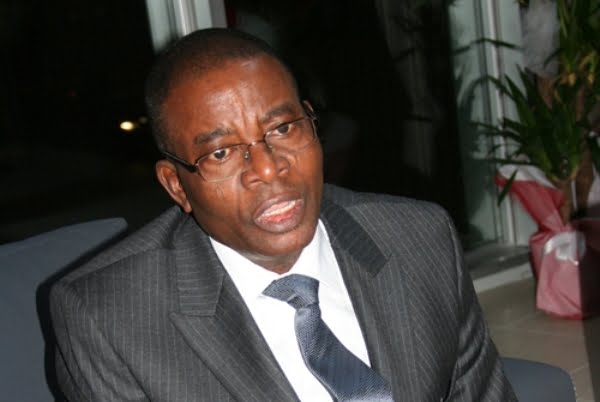 Foluso Oluwole Adeshida, Nigeria’s deputy ambassador to Ankara, attended a gathering by Sakarya Association of Entrepreneurs and Industrialist Businessmen (SAGIAD). In his remarks, Adeshida hailed the Turkish Schools in his country for their achievements. He recalled there are 16 schools and a university with hospital in his country, all of which offer high quality education.

Adeshida further informed the SAGIAD members on the investment opportunities in Nigeria. He underscored that the investors so far have immediately made profit in the country, the second largest economy in the continent. Adeshida said the current trade volume between Turkey and Nigeria is $1.5 billion, which is rather low given the potentials both countries hold. “Nigeria’s economy has shown growth by 7%. It offers incentives advantageous to foreign investors and you can immediately start to make profit upon. Western companies have been investing in our country. We would like to see more Turkish companies.”

“My country, like Turkey, is located in a strategically critical place. Investors can easily export to neighboring countries. It offers opportunities particularly in infrastructure, construction and agriculture. Besides, there are huge business potentials in oil industry,” he said.

Adeshida highlighted the role Confederation of Businessmen and Industrialists of Turkey (TUSKON) played in boosting the trade volume between the two countries which grew by 300% over the past five years. He said not only large scale enterprises but small and medium ones as well can go into business with their equivalents in the country. He additionally said they would like to benefit from the Turkish companies’ experiences in this regard.