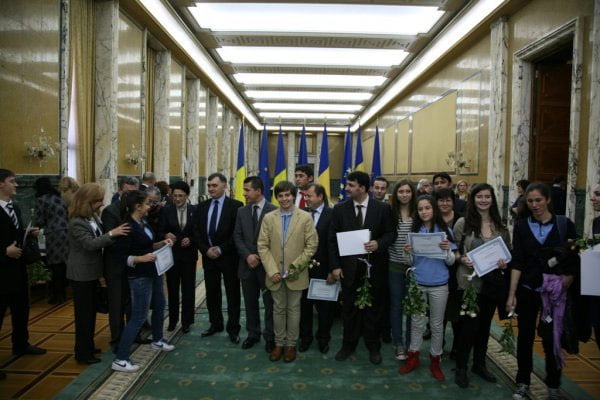 Turkish schools throughout the world have become a model with their successful education vision.

The deputies invited the administrators of the school, which has been operating in Romania for 12 years, to the parliament to deliver a briefing about the system Turkish schools follow. Views on educational reform in Romania, expected to be accomplished before they enter the European Union, were exchanged.

The deputies discussed the reasons for the success of Lumina Foundation for Education schools, which are the number one choice of the elite and respected classes of society, and reached a consensus to implement the criteria and education system of the school countrywide.

Lia Olguta Vasilescu, Committee for Education, Science, Youth, and Sport Chairperson and Dolj county deputy with the Greater Romania party (PRM), said: “Lumina Foundation for Education Schools have the best schools in Romania. We will always support these schools. They provide every necessary service for students.”

Vasilescu also emphasized the schools’ role in developing the mutual relations of Turkey and Romania.

International School of Bucharest President, Fatih Goktas, said Romanian Ministry of Education authorities modeled education standards on Lumina Foundation for Education Schools, creating ISO 9001-ISO 9002 policies, and added it is noteworthy that their schools were selected for the meeting in the parliament.