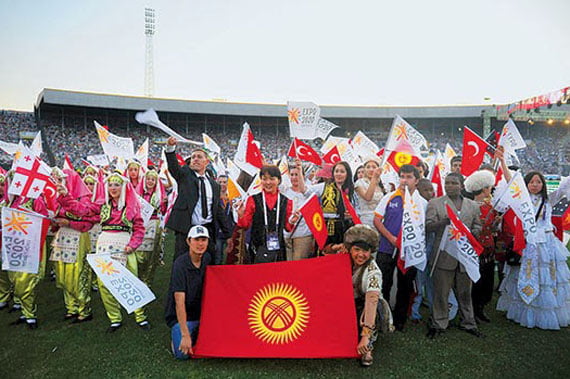 The Turkish schools around the globe have been making great effort for Izmir’s EXPO 2020 win. The schools and businessmen have taken action so that Bureau of International Expositions committee opts for Turkey in the voting to take place in Paris on November 27th.

“What is lost with Olympics can be made up for in EXPO,” Fethullah Gulen had earlier said. The capital city of EXPO 2020 will be named in Paris. In the run-up to the voting, Izmir’s EXPO 2020 Executive Committee in particular, the Turkish schools worldwide, TUSKON, Aegean and Mediterranean Industrialists and Businessmen Federation (ESIDEF) and many Izmir lovers have mobilized for Izmir’s victory gaining 167 committee members’ votes.

Tuncay Ozturk, Secretary-General of International Turkish Education Association (TURKCEDER) said the schools abroad have been actively contributing to Izmir’s promotion by meeting with senior officials in their host countries and following up on the committee for Izmir’s victory. They have formed close relationships with respective decision-making bodies and committee members of countries particularly in Africa, Central Asia, Far East, South America and Oceania, Ozturk noted.

ESIDEF President and an EXPO Executive Committee member, Mustafa Ozkara, said, from institutions to ministries, everyone has been doing their parts but the schools have been contributing most. “What the school have done are well to the purpose. We are grateful to them. They are watching over Turkey in the international arena. They’ve practically mobilized the acceptance, reputation and credibility they enjoy in their host countries for Izmir’s EXPO candidacy, for which we are grateful,” Ozkara noted.

According to Ozkara, ESIDEF and TUSKON alike stepped forward in the efforts too. He went on to say, as ESIDEF, they included EXPO item in their agendas at a total of 72 business visits abroad past year. ESIDEF is a NGO in business world with the highest number of guests of foreign business delegates and senior officials in Aegean region. Speaking of their initiatives, “The foreign delegations we hosted gave their word. I believe as ESIDEF we exceedingly did our part. Each and every ESIDEF member are working like Izmir’s EXPO envoys. Hosting EXPO will be a stepping stone for Izmir. Izmir will make a name for itself around the world, as our second city alongside Istanbul” Ozkara said.