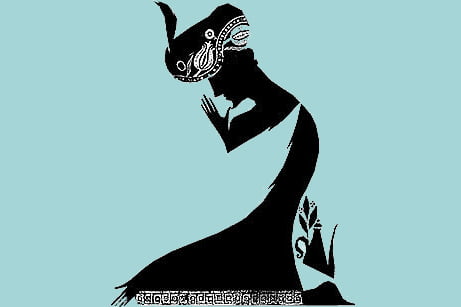 Turks are used to their state persecuting Islamic groups and even individual apolitical Muslims. The past century is full of examples of such groups being banned, their leaders being summarily executed or jailed without fair trial and individual Muslims being purged from either the military or other state institutions. All were done in the name of “protecting the state’s secular regime.”

This is the first time in Turkey, however, that an Islamist-rooted government has openly declared another Islamic community its nemesis. Prime Minister Recep Tayyip Erdoğan and his close circle of advisers, pro-government journalists and well-coordinated army of “tweeps,” have accused Fethullah Gülen and the Hizmet movement he has inspired of being part of a “dirty operation, with external ties” aimed at overthrowing the Justice and Development Party (AK Party) government.

Prime Minister Erdoğan’s war on Gülen and the Hizmet community comes as a shock to all and, as an event, is something new for Turkey. But it is quite an old and familiar one for Muslim communities given the countless infamous examples throughout Islamic history. This history is replete with stories of caliphs resorting to unspeakable levels of violence against respected Islamic scholars and their followers, whom they perceived as a threat to their absolute control of the state and society.

Two graft probes have recently implicated members of Erdoğan’s government and family, but there are also the indications that similar corruption charges, including those directly implicating Erdoğan himself, may follow. The prime minister’s overreaction to the graft probe suggests that he may take some precautionary steps in order to protect himself, his family and his rule, while he still can. These steps may have far-reaching implications that could affect the type of regime in the Turkish Republic.

Not war, but McCarthyism and assault on the republic

Faced with bribery and corruption charges, the AK Party government made a number of overnight actions that paralyzed two operations launched, respectively, on Dec. 17 and 24. First, the interior minister — who was implicated in the case along with his son — sacked all the police chiefs carrying out the investigation, including the chief of police in İstanbul. The purge has spread to other cities, amounting to 2,000 police officers in about 30 cities. Second, the prosecutors of both investigations were removed from the cases. Third, a new regulation was put in place requiring the police to inform superiors before carrying out any investigation sanctioned by a prosecutor. So, according to this regulation, the interior minister would have to be informed before an investigation implicating him and his son for bribery could be initiated. At this point, neither investigation is moving. But the government’s purge within the police and judiciary is continuing at full force.

From the very beginning, instead of responding to the corruption charges, the AK Party leaders have continued to say the case is the work of an international conspiracy targeting their government. Now, nobody doubts that when the prime minister talks about “a dirty operation with external ties” he is referring to an alleged conspiracy masterminded by the US, Israel and European countries, and assisted by the Hizmet movement. It is also widely known that Erdoğan and his camp accuse Hizmet of organizing the Gezi protests that rocked the country this past summer as well.

Accordingly, ever since Dec. 17, Erdoğan has resorted to an increasingly threatening rhetoric against the Hizmet movement, and at times vulgar language against Mr. Fethullah Gülen. He alleged that Hizmet sought to establish a “parallel state” through its men within the police and judiciary and that it sought to create an “AK Party without Erdoğan.” During his campaign rallies for the upcoming municipal elections, Erdoğan repeatedly vowed to “break the hands” of those plotting against his government.

Similarly, he announced that his government could declare the US ambassador to Turkey persona non grata due to the latter’s alleged comments about the situation in the country during a meeting with his European counterparts. Shortly after, it was revealed that such a meeting never took place, nor did the US ambassador make such comments.

Again, Mr. Gülen himself, his lawyer and the Journalists and Writers Foundation (GYV) affiliated with the Hizmet movement, have not only condemned and denied the allegations of meddling in state affairs, but they have also called upon the government to use everything at its disposal to bring to justice those so-called “men of Hizmet” within the police and judiciary who are allegedly bypassing their superiors and acting according to the directives of the movement.

So far, no such “man of Hizmet” has been identified, nor have the state authorities produced any evidence to validate this charge of “establishing a parallel state.” Yet hundreds of individuals within the police, the judiciary and other state institutions have been sacked on the alleged charges of being “men of Hizmet.” According to the statements of government officials as well as pro-AK Party media reports, this trend will continue and expand. Unless evidence is produced, what the AK Party government is doing is nothing but McCarthyism — that is, “the practice of making accusations of disloyalty, subversion or treason without proper regard for evidence, and the practice of making unfair allegations or using unfair investigative techniques, especially in order to restrict dissent or political criticism.”

Resurrecting the caliphate: From de facto to de jure?

Well, under normal circumstances Erdoğan would get neither himself nor his government involved in what looks like plain bribery, because the allegations against it would be a fatal blow to any government claiming to be democratic. But the situation would be completely different if the underlying assumption of the government is that Erdoğan is the de facto caliph. Then what looks like bribery or unlawful government appropriation would be the legitimate right of Erdoğan and his government. After all, according to a peculiar interpretation of the Islamic tradition, the caliph is entitled to own 20 percent of the state income since he is the defender of the faith and protector of the Islamic ummah. For quite some time, pro-government Islamic jurists such as Hayrettin Karaman have been referring to the concept of “humus” in order to legitimatize the AK Party government’s appropriations from business tenders or similar revenue-generating projects. Neither Erdoğan nor any other high-ranking AK Party official has so far publicly claimed that Erdoğan is the caliph. Yet, neither has denied such oft-repeated claims either.

Perhaps some statements may just be tossed out as fanatical and thoughtless utterances. These include: pro-government journalist Fatih Altaylı saying, “If there be a need, I would prostrate before the prime minister”; AK Party Aydın provincial office head İsmail Eser saying, “Our prime minister is like a second prophet to us”; a Facebook fan page claiming “Erdoğan is the mehdi”; pro-government journalist Atılgan Baya declaring, “I recognize Erdoğan as the caliph on earth and pledge my absolute obedience”; AK Party Bursa deputy Hüseyin Şahin suggesting that “even touching Erdoğan is worship”; and former EU Affairs Minister Egemen Bağış saying, “Rize, İstanbul and Siirt are holy cities because one is where Erdoğan was born, the other is where he got into politics and the third is where he was elected to Parliament.” Though not as bombastic as these, similar statements by AK Party supporters and Erdoğan fans have recently flooded social media as well.

With so many supporters at all levels more or less believing in his somewhat messianic role and de facto caliphate, Erdoğan may be tempted to respond to this popular expectation by taking legal steps that would officially make him the caliph. If he does so, it would not be simply for religious or idealistic purposes of uniting the ummah, but it would serve pragmatic, though heinous, ends. After all, if there were a caliph in charge, all the faithful, including all groups and their leaders — such as Mr. Fethullah Gülen — would be required to pledge their absolute loyalty to him, or they would have to be treated as traitors. We can cite as an example the second Abbasid caliph, Abu Ja’far al-Mansur, who ruled during the eighth century and persecuted respected Islamic scholars and founders of two major schools of jurisprudence: Ja’far al-Sadiq and Imam Abu Hanifa. The two had various things in common: both opposed Caliph Mansur’s oppressive reign and, as a result, were jailed, tortured and poisoned to death on the orders of the latter. Interestingly, Caliph Mansur had initially offered his blessings to both scholars in order to lure them to legitimize his oppressive regime, but turned against them once they refused to comply.

The revival of the caliphate would have deep symbolic meaning for Turkey, and seriously affect its domestic politics, as well as foreign relations. As such, it may sound unthinkable to some. But, practically, it is not so. When Mustafa Kemal Atatürk abolished the caliphate in 1924, he did not terminate it. He transferred the mantle of the caliphate from the Ottoman dynasty, all the members of which he sent into exile, to the Turkish Grand National Assembly, in which today Mr. Erdoğan’s AK Party has an invincible majority. There is also no need to mention that it would be difficult for many to publicly criticize Erdoğan’s move in that direction since that move would undoubtedly come with the promise to transform the Hagia Sophia back into a mosque.

All in all, it is becoming clear that the ongoing tension in Turkey is not because of a war between the AK Party government and the Hizmet movement, but because of the former’s assault on Hizmet and every other actor that it deems an obstacle to its establishment of absolute control over the state and society. As such, the year 2014 will be unlike any other as the Islamist AK Party government will seek to persecute the Hizmet movement and its affiliates, as well as other critical voices in the name of that phony goal of protecting Turkey against what Erdoğan described as a “dirty operation with external ties.” The AK Party government’s actions to legitimize this illegitimate persecution will have destructive implications on the regime type, as well as integrity, of the Turkish Republic.

*Doğa Sacit is an investigative journalist based in İstanbul.