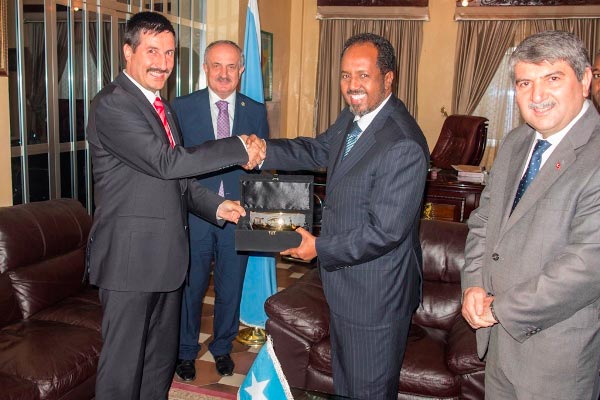 Members of the Turkish Parliament, who spent this festival in Somali with Kimse Yok Mu, inspected Kimse Yok Mu’s operations in place and gave gifts to Somali children. 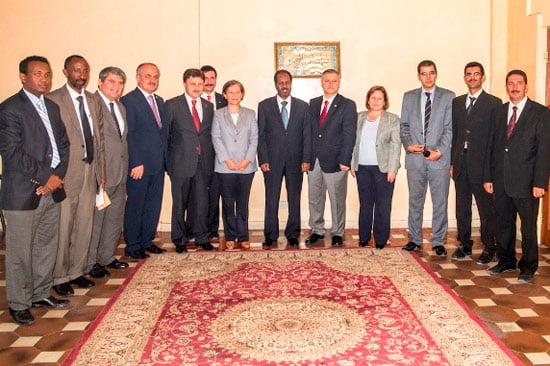 Mahmud expressed his satisfaction with their visit and chatted with the delegation for a while. MP Çetin presented a plaque of TBMM (Grand National Assembly of Turkey), Fatoş Gürkan a porcelain coffee cup depicting Atatürk and Celal Türkoğlu a plaque of Kimse Yok Mu to the President Sheikh Mohamud.