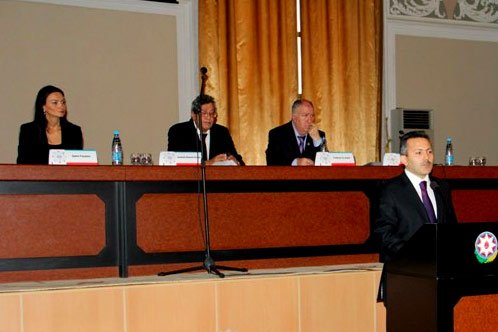 The capital of Azerbaijan Baku hosted a conference on “The problem of hunger in the world and searching for ways to solve it”, organized by the Dialogue Eurasia Platform (DEP) and the Institute of Economics of the National Academy of Sciences of Azerbaijan.

The conference was opened by the president of the National Academy of Sciences of Azerbaijan, academician Mahmud Karimov with his opening statement. According to M.Karimov, presence of groundwater and surface resources in the country is not to say that people in this country live well: “The main thing is that natural resources are to be used efficiently. In one part of the world there is prosperity and waste generated by this income, while in another part of the world, people cannot find food to eat, cannot eat properly, or do not find healthy food. A similar situation can be observed in a number of countries of the world, including, Somalia, Pakistan, Afghanistan and other countries in the African continent. ”

I saw hunger and humanity in Somalia

Speaking at the conference, MP Ganira Pashayeva focused attention of participants on the point that hunger is primarily a moral stress, and secondly the economic. She talked about her recent visit to Somalia, that Somalis cannot find food, and suffering from various diseases. According to her, when a starving child attracted to terror, this terror can threaten the entire world. In this case, no country is immune to terrorism. According to Pashayeva, the disease erupted in poor countries can grow to epidemic levels and threaten the world. Pashayeva: “Hunger does not mean that people want or does not want to eat something, hunger – is when a person cannot find anything to eat.” She also mentioned that she had met in Somalia hundreds of thousands of people struggling with death due to starvation.

Speaking of Turkish volunteers in Somalia, she confessed that having seen the work done by them in the name of humanity, she was overwhelmed with feelings of pride for her nation and for the Turkish nation. Azerbaijani MP said that despite the complete welfare in their country, the Turkish volunteers leaving everything behind, went to the selfless help of the Somali people. In her opinion, this movement should be called the movement out of the moral depression, because without addressing moral issues, we cannot see the desired picture in the name of humanity. For this reason, in the name of humanity, the solution should appeal to everyone. 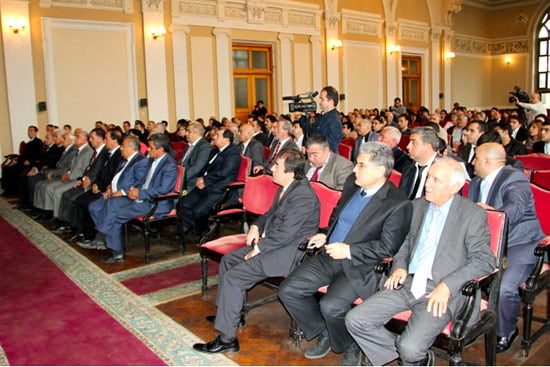 This conference is our human duty

Director of the Institute of Economics of the Azerbaijan National Academy of Sciences, Professor Isa Aliyev in his statement to the press said that updating and searching with the Dialogue Eurasia Platform for solutions of such a global problem as hunger, considers human duty.

Mustafa Saatchi – Coordinator of Dialogue Eurasia Platform for Azerbaijan, mentioned the fact that there are one billion hungry people and 2 billion live in poverty in the world. Mustafa Saatchi said, in the condition when one in seven people is hungry, the other 6-fed can not feel safe.