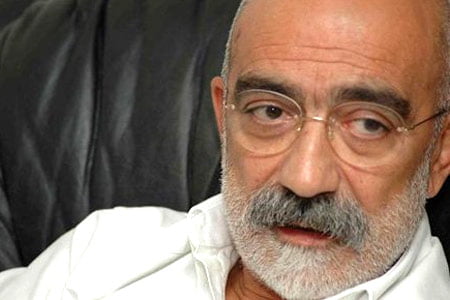 Here are some details of Ahmet Altan’s conversation with the members of the movement:

“Recently, my friends from the Gulen movement started visiting me more often. They are nice people that I like. They are complaining about the situation that they are in and our publishings of Stratfor. Some of them are expressing their concern in a well-mannered contrary to others.

Is he with the government or the movement?

I’ll tell you about what my friends from the movement said but first I want to show you my position if a conflict between two sides occurs. If the government and the movement get in a clash of power, so if the movement intends to share the power, I would take sides with the government. No matter whose government it is. It’s the politicians’ job to run for power, no one outside the politics can ask for political power. If they do, they should create their own political party.

If members of the movement use their positions for the good of the movement and if they lose their jobs because of this, I would support the government relieving them of duty.

Movement cannot be responsible for all this

Now let’s take a look at what our friends said. First I asked them about the Ahmet Şık and Nedim Şener. One of them responded clearly.

-“The ones responsible for these cannot be from our movement.”

He proves this by saying these detentions damaged the movement the most.

As far as I can tell, they don’t want to talk openly about the conflict between the movement and the government. They just say; “we have not changed, we are what we were 10 years ago, if there’s anything wrong, it’s not us.”

The first split from the Government occurred with the Sledgehammer Case

As I can tell, the first split happened with the Sledgehammer Case, when prosecutors called 25 generals for questioning, government objected and blamed it on the movement. My friend who is a bit more remonstrant, Alaattin Kaya, doesn’t accept that the recent attitude towards the movement is hurting them. He thinks it’s the same old trick, nothing changed.

Honestly, I don’t think so; because the movement is facing some allegations that should really bother “a group of believers”. So if they’re indifferent, I have nothing to say.

As far as I’m concerned, these recent happenings kind of changed the merciful, benevolent and righteous image that a pious group should have.

Movement is not ‘happy’ with Stratfor

Kaya is especially objecting our publishings of Stratfor reports, actually he is against our seeing it as a big deal. He thinks we are doing nothing other than helping the ones wanting to end the “Ergenekon case”. He is also critical of our putting the words of an ex-movement member, who is working at Hurriyet, saying it’s not even clear who he is.

Lastly, about the claims that movement requested 150 Mps from government, Kaya thinks this is definitely fiction and says directly publishing it is unfair.

Gulen was sad at whose arrest?

He told anecdotes about Gulen, once Fethullah Gulen told Kaya that he was so sad as a person he admired was arrested, but they haven’t done anything about it.***

Another time, when talking to Kaya Gulen told him that he was sorry as everything was blamed on him saying it was unfair.

*** Ahmet Altan next day made a correction and apologized. Alaattin Kaya calls him to clarify that he has not told “they (or Gulen) haven’t done anything about it”. He further tells that saying this means that Gulen can interfere with the judiciary and it is not possible.

Altan agrees and accepts that Mr. Kaya said [Gulen] was so sad when a person he admired was arrested and rest of the sentence does not belong to Mr. Kaya but himself.

An attempt at a single life is an attempt at the sanctity of life and is a threat to all life on the planet. At AFSV, we believe that the recognition of our connections with each other and with all living beings is crucial to preventing toxic divisions.