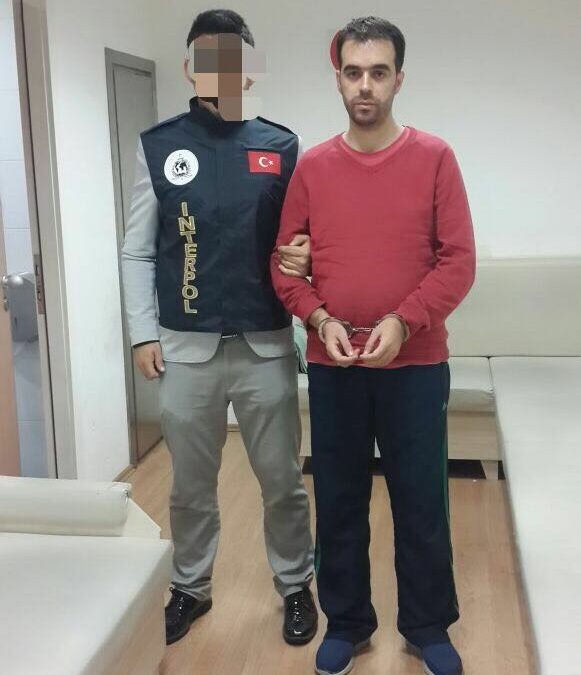 He was detained at Istanbul Ataturk Airport and was taken to a police station for interrogation, on Saturday.

Sökmen called for “help from the world” in a video recording he posted on social media minutes before he was handed over to Turkish authorities at Yangon International Airport by Myanmar police on Friday.

According to another video he earlier posted on social media, Sökmen, his wife Ayşe and daughter Sibel were detained by local immigration officials who told the family that Turkish government had invalidated their passports.

According to Turkey’s state-run Anadolu news agency, Sökmen was first forcibly deported to Bangkok, Thailand on May 24.

“They take me to Bangkok. I am at the airport now. If they send me to Turkey, I will be prisoned and most probably tortured like many other tortured under the currency regime. …I am asking for international protection” Sökmen said in another video.

Despite his calls, he was taken back to Istanbul with Turkish police in company, in a Turkish Airlines flight.

An executive at the Horizon International Schools, Sokmen is also a partner of the Mediterranean International Education Services Co. Ltd, both based in Myanmar.

In a statement on May 26, Phil Robertson, the Deputy Asia Director of the Human Rights Watch said: “Both Myanmar and Thailand had the opportunity to do the right thing and provide this school administrator with access to #UNHCR so that his serious fears of persecution and possible torture if returned to Turkey could be examined. To do so would have been both humane and rights respecting, but both governments took the apparently cynical view that Turkey can do whatever it wants with its citizens, even those residing legally in other countries.

“Government leaders in #Yangon and #Bangkok have instead shamelessly chose to play the role of willing handmaidens to Turkey’s rights abusing campaign to strip its own citizens of their passports and force them back to a fate that could include possible torture, long pre-trial detention, and trials on trumped up charges before courts where proceedings are likely to be neither free nor fair.

“As a result, Furkan Sökmen will begin Ramadan this year in prison, separated from his wife and infant daughter, facing an uncertain but certainly very grim fate.

“His pleas sent in a video to HRW and others around the world from the Suvarnnaphum airport lock-up, to not be sent back to #Turkey speak for themselves. His voice stands as an indictment of #Thailand and #Myanmar’s cynical disparagement of the right of people to refuge and protection from political persecution.”

Turkey survived a military coup attempt on July 15 that killed over 240 people and wounded more than a thousand others. After the putsch, the government along with President Recep Tayyip Erdoğan accused the Gülen group for the attempt.

President Erdoğan earlier called on foreign governments to punish Gülenists in their own countries. Only a few countries, including Saudi Arabia, Malaysia and Georgia, seem to have complied with the request so far.

Turkey has already detained more than 120,000 people over their alleged or real ties to the movement at home before spreading its crackdown to overseas.

Meanwhile, NBA star Enes Kanter was denied entry to Romania upon a request from the Turkish government, according to a tweet posted by the Turkish basketball player on May 20.

An outspoken movement supporter, Kanter later told media that the Turkish government also had tried to catch him in Indonesia.