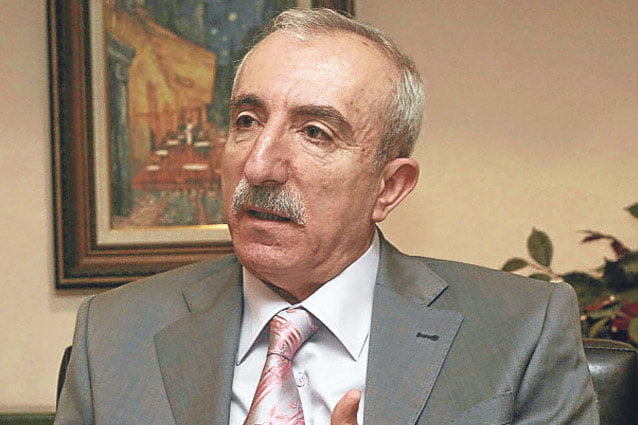 The Hizmet movement also wants peace. And peace is of course desired by the movement’s leader, Fethullah Gülen, who has worked for so many years to see the brotherhood between Turks and Kurds improved. Words of sincerity and courage spoken by Gülen should stand as examples for the leaders of our political parties.

Currently in Turkey, the horizon holds what appears to be the possibility of peace. Of course, there are those who do not wish to see peace and, in fact, if we look at what has been written and said in the past two weeks, we see lists of the “official views” held by those terrified by the prospect of such peace. I will leave for another day my thoughts on who does not want peace and why they don’t want it. Today, I want to write about those who do want peace.

The elected government wants to end the Kurdish war, bringing to life a Turkey wherein armed people do not populate the mountain ranges. The prime minister and the government want peace.

The Justice and Development Party (AK Party) voters, or half of all the Kurds and Turks in Turkey, want peace. These are the same people who lent their support to the government during the constitutional reform process and in the reforms that led to a new recognition of the Kurdish identity.

As for the “revolutionary people’s war” that has led to the loss of 1,400 lives and has been carried out by the Kurdistan Workers’ Party (PKK) since the attacks at Silvan, it has not produced the results so desired by those who do not want peace and those who want to see Kurds “remain in an atmosphere of conflict and war psychology.” What’s more, Kurds themselves are not declaring, “Alright, that’s enough, we can no longer live with Turks,” before moving to abandon large cities like İstanbul, Mersin, Adana and İzmir. Nor have these Kurds taken up arms to form “real defense forces” in big cities throughout Turkey. The recent Kurdistan Communities Union (KCK) operations had a significant effect in disabling the capabilities of the armed protest wing of the PKK. This was despite the fact that PKK leaders had asserted that they would be bringing the war to large Turkish cities. But neither Kurds nor Turks bowed to this strategy. Turks did not say: “50,000 have been killed, there are 3,000 villages that have been erased from the map and you are still in pursuit of war and still trying to see one-sided autonomy being declared in Diyarbakır. We don’t want you here anymore; go somewhere else if you want warfare.”

Those who would have loved to see such an ethnic war have been deflated and disappointed; despite all the disaster scenarios and terrible events, the Kurdish problem has not been transformed into a Turkish problem. The mere hint of peace scares those who oppose peace, though it brings joy to the families who have lost their sons in battle. This is why they fully support the government’s talks with PKK leader Abdullah Öcalan.

We know that this is the same case on the Kurdish side. Kurdish families who have lived through great pain also do not wish to see this war continue. They have paid a price and this is a price they are prepared to sacrifice in the name of peace. At the same time, some Kurds are under heavy pressure from some factions that have never paid such a price to remain silent. Just as there are those who speak in the name of Turkish families who have lost their sons to warfare, it is also true that in Kurdish areas, there are those who speak in the names of the thousands of mothers and fathers who are in pain over the loss of their sons. There are those who carry out politics over the dead bodies of these sons. The very same people who have experienced the pain and tragedy of war are the ones who desire peace in the very marrow of their bones.

The Hizmet movement (aka Gulen movement) also wants peace. And peace is of course desired by the movement’s leader, Fethullah Gülen, who has worked for so many years to see the brotherhood between Turks and Kurds improved. Words of sincerity and courage spoken by Gülen should stand as examples for the leaders of our political parties and everyone needs to think once more about the meaning contained in his message of belief, courage, peace and brotherhood. As Gülen notes, if there is to be peace, those who drank poison ought to be able to say that they drank sweetened fruit juice instead.