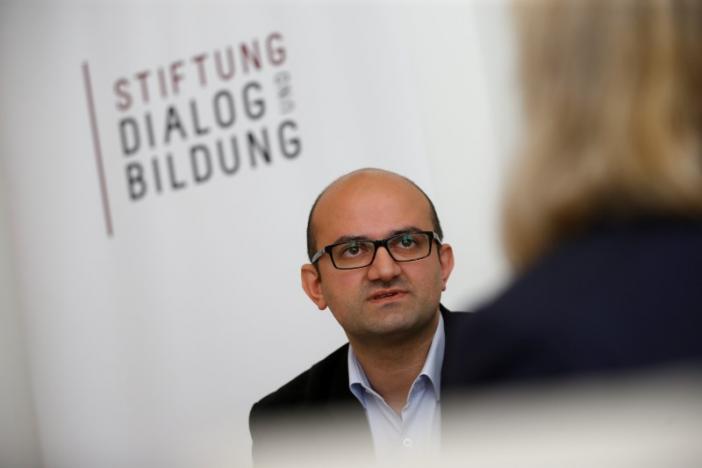 Ercan Karakoyun has long played a prominent role in Berlin’s Turkish community, promoting education and dialogue among Muslims and Germans of other faiths.

Now, however, whenever he can, Karakoyun avoids the bustling streets where many Turks live in the German capital. He says he has received six death threats via email and Facebook that are being investigated by police.

“One message said: ‘We know where your daughter goes to school’,” he added.

Karakoyun heads the Foundation for Dialogue and Education in Germany, a movement that supports Fethullah Gulen, the U.S.-based cleric Turkey blames for July’s attempted coup.

Now though, tensions are rising among the community of 3 million people with a Turkish background in Germany following the failed putsch. They have split into supporters of Turkish President Tayyip Erdogan and his opponents, and they are vying for influence.

The divisions mirror those that are now in stark relief in Turkey between Erdogan’s supporters and two other groups – Gulen backers and ethnic Kurds.

Karakoyun said ties with Erdogan supporters had been strained for several years but the situation had spiralled out of control since the coup was thwarted.

“Erdogan’s witchhunt in Turkey against Gulen supporters is now being carried out here,” Karakoyun said.

The rivalries have raised questions about a failure to better integrate Turks, some of whom have lived in Germany for decades. They have also deepened scepticism in Germany about migrants at a time when Chancellor Angela Merkel is under fire over her open-door refugee policy.

The government has a policy headache. Although concerned about Turkey’s record on human rights and a crackdown on opponents since the failed coup, it needs Ankara’s help to stem the flow of migrants from countries such as Syria.

One immediate concern is a march planned in Cologne on Saturday by leftist groups and Kurds, who account for one in three immigrants from Turkey.

This follows a ban on a large, annual Kurdish festival nearby which angered the Kurds, especially as Erdogan supporters were allowed to hold a rally in Cologne on July 31.

Security officials worry that Erdogan supporters could take to the streets to counter the Kurdish march, expected to attract about 30,000 people, and that there could be violence. Tempers flared when Germany’s top court prevented Erdogan from addressing the July 31 rally via videolink.

With many people of Turkish origin just back from summer holidays in Turkey, there are concerns that passions have been fuelled by media coverage “back home” which is dominated by criticism of Germans, coup plotters and Kurds.

“We cannot allow this conflict to be imported to German soil. We have to pay particular attention to those cases where massive pressure is being applied to Germans with a Turkish background here,” Nicola Beer, general secretary of Germany’s libertarian Free Democratic Party, told Reuters.

Community leaders say a pervasive and longstanding sense among young Turkish Germans that they are shunned in society makes them pliable and more attuned to the political mood in the homeland, to which they feel attached but barely know.

“Because they (young Turks) are ill-informed (about events in Turkey) many get emotional quickly. Some are charged like ticking time bombs,” said Kazim Erdogan, 63, a psychologist who is no relation of Turkey’s president.

“The atmosphere (in the Turkish community in Germany) is completely poisoned. We are at a tipping point.”

Lists of businesses identified as backing Gulen, and calling for boycotts of their products or services, have appeared on social media.

“We are outing these parallel forces and their henchmen!” read one entry, listing over 20 firms in the Stuttgart area, at least one of which denies such links.

Turkish officials say the German government’s concerns about tensions in the Turkish community are overblown and the majority of Turks in Germany have rallied behind Erdogan since the coup.

Sixty percent of Turks in Germany voted for his AKP party in the latest national elections, according to the Organisation of Turkish Communities in Germany.

Government officials are worried about the role played by the Turkish-Islamic Union for Religious Affairs (DITIB) which operates through some 900 associations across Germany, most of which are mosques with imams dispatched from Turkey.

Politicians from right and left want DITIB’s influence curbed, and many, including Schroeder, are calling for the group to stop importing clerics who are trained in Istanbul.

DITIB has denied being steered by the Turkish government or posing any threat to Germany.

Merkel has urged Turks in Germany to show “loyalty to our country,” a comment that divided her ruling coalition and pointed to growing angst about strains in the Turkish community and Ankara’s influence on it.

Tensions with Ankara grew when German parliament passed a resolution in June declaring the 1915 massacre of Armenians by Ottoman forces a genocide.

They rose further when a government report in August called Turkey a hub for Islamist groups, and government data show a quarter of the 850 militants who have left Germany to fight for Islamic State had a Turkish background.

Cansel Kiziltepe, a Social Democrat member of the Bundestag lower house of parliament, said the situation showed Germany had not implemented any meaningful integration policies until the early 2000s.

“If people aren’t integrated, then they don’t feel like they belong here,” she told Reuters. “And then they’re susceptible when someone comes (along) who shows apparent strength and tries to incite these people against the majority (in) society.”