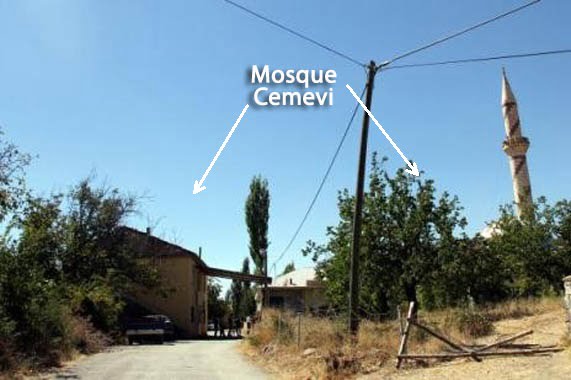 Since the groundbreaking ceremony of the first ever joint mosque-cemevi (Alevi place of worship) culture center was held in Ankara on Sept. 8, there has been an ongoing debate on the presence of joint religious centers, with Cihan news agency reporting on Monday of a site in Malatya’s Doğanyol district that has a mosque and a cemevi standing side by side that is embraced by the residents.

The mosque, which has been in Örmeli village in Malatya since 1978, was joined by a cemevi in 2007. There is only a lane between the mosque and the cemevi, and both of their entrances face each other. The residents of the village, which has a population of 310 people, have not ever found it strange to see a mosque and a cemevi next to each other.

The people of the village told reporters that everyone is free to choose where they wish to pray, the mosque or the cemevi. They think of this practice as a sign of tolerance and a good example of the richness of diversity.

Örmeli Muhtar (village head) Hacı Bayram Türkeri told reporters that a healthcare center near the mosque was later turned into a cemevi by the villagers since no doctors were assigned to the center. “Some of the villagers go to the mosque, while others prefer the cemevi. There has never been a problem with that,” Türkeri said.

Türkeri also stated that the villagers demanded a dede (Alevi cleric) be assigned to the village cemevi, just as one was assigned to the mosque. He added: “We would like to perform our prayers as per our traditions. After all, we are all calling people to the way of God, not anywhere else.”

Turkish-Islamic scholar Fethullah Gülen recently initiated a plan for a cultural center with a mosque and a cemevi together in Ankara’s Mamak district. The project is being financed by six businessmen — three Alevis and three Sunnis.

The project aims to strengthen ties between the Alevi and Sunni communities in Turkey in the face of efforts to ignite sectarian tension in the Middle East.

However, the project has drawn criticisms from some marginal Alevi and Sunni circles and a group of nearly 500 people protested the project, clashing with the police and throwing stones at them during the project’s groundbreaking ceremony on Sept. 8.