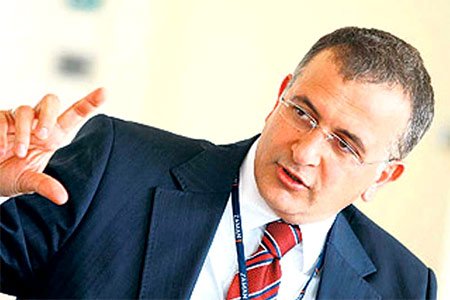 An old and experienced colleague, like some other columnist, has been writing odd articles for some time. I can hardly believe it. For instance, in an interview he gave to a Russian media outlet, he likens Mr. Fethullah Gülen to George Soros. To say that he does not know what he said would be an insult to his famous intellect. To say that he knows what he says would be to say that he is ill-intentioned. But I cannot believe that he, an experienced colleague, can have ulterior motives. As we try to save him by saying, “He must have said it erroneously,” he publishes a statement in his column, but it does not explain anything. It fails to explain a bad analogy that may amount to a catastrophic character assassination and might put innocent people in an unfavorable position.

As we are about to tolerate this scandalous error, he writes a very harsh article about the rift between the [Gülen] Community and the ruling Justice and Development Party (AK Party), targeting the Community. In this article, his tone is like that of a party spokesperson. Does he want certain columnists to be censored or silenced? Does he want them to be fired? The news ombudsman of the paper where he is the chief columnist is fired, but he does not utter a single word of criticism about it, while he hurls the heaviest accusations at the entire Community just because a columnist wrote something in an English daily. Yet, the paper he criticizes is also publishing dozens of articles approving of the government’s policies. I cannot understand if it is polite to speak recklessly from one paper, urging all columnists in another paper to applaud the government’s policies. As an experienced chief columnist, he should have realized that one paper can have differing opinions. Suppose you are angry with Today’s Zaman or “the Community’s mouthpiece.” How can you hold Mr. Gülen responsible for every view expressed? Why do you make offensive remarks about Mr. Gülen and even the entire Community instead of criticizing the columnists?

It appears that people are waiting in line. As if someone had signaled the advance, some colleagues launch an attack against the Community. They destroy the rules of courtesy with their wayward articles designed to discredit the Community. Meanwhile, they utter such scandalous remarks (particularly in the social media) that they can hardly be reconciled with human or Muslim values. Everyone talks about certain articles, but apparently they haven’t seen or read those articles. Their ideas rely largely on lies and slander, and you are bewildered by reading them. The Prophet of Islam said, “In the holy month of Ramadan, demons are shackled.” It is hard to reconcile such grave acts of backbiting in this period of divine bliss with humane or Muslim behavior.

They utter unbelievable words. Why do they say that the Community seeks to become a new tutelage regime or to “share the power”? Not in the least! Take your Leviathan and use it as you wish. Their reckless articles show that they have failed to internalize the role of civil society organizations, the media and opinion leaders in participatory democracy. Egoistic and hateful discourse will only offend one’s friends and lead to one’s exhaustion. Too bad!