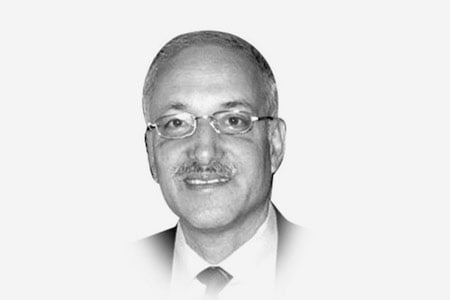 The hospitality of Turkey, more precisely the Gulen Movement (aka Hizmet movement), started in Pakistan in the form of a call by Harun Koken who looks after the Turkish schools in Pakistan, the Rumi circle and a number of other educational activities in Pakistan. He gave me a book entitled The Gulen Movement: Civic Society Without Borders (2010) by Muhammad Cetin and later the air ticket to Istanbul. So one day when the morn had not yet dawned, I found myself with my old colleague and friend Dr Rasul Bakhsh Rais on my way to Turkey.

On the same flight was Dr Nabi Bakhsh Jumani, Dean of Social Sciences at the International Islamic University. And at Istanbul airport, a smiling and suave Mr Koken beamed welcome. The study tour began immediately with us stopping in a Fatih college, one of several in the city, where we saw clean and impressive classrooms, healthy children and a canteen which served decent food which we ate ourselves. Then we were off to another Fatih College [High School] where we were lodged in spartanly furnished but comfortable rooms. From then on began a hectic journey which allowed us to see educational institutions including the Fatih University, newspapers and humanitarian organisations for four days, leaving only the weekend to savour the great landmarks of the city — the Blue Mosque, the Hagia Sophia, the Topkapi Palace, the Dolmabahche Palace and the boat tour of the Bosphorus.

The Gulen Movement of Fethullah Gulen (b. 1941) is a faith-based movement of social reform in Turkey. Fethullah Gulen repeatedly says in his book Love and Tolerance (2006) that ‘forgiveness, tolerance and dialogue‘ are the basis of his movement and, so far, to the best of my knowledge, they have held interfaith dialogues aimed at producing tolerance. It must be emphasised that this movement is a response to the marginalisation and suppression of aspects of religion in the wake of Mustafa Kemal Pasha’s enforced Westernisation. In this respect, it parallels the movements for liberal and humanitarian values in Pakistan and Iran where the opposite has happened. The true test of liberalism is tolerance and compassion. Thus, respect for all belief-systems and creating institutions which respect human rights as the hallmark of a liberal movement. So far, then, the Gulen Movement ensures the rights of westernised as well as Islamic-minded Turks, and this is how it should remain.

The movement is run by volunteers and our visit was no exception. Almost every evening one of these volunteers, all personal friends of Koken, used to invite us for dinner. This enabled us to savour genuine Turkish cuisine and to see the homes of middle-class professionals. What impressed us was the warm hospitality of which food was just one aspect. Most people, especially the few women whom we met, could not speak English but the translation was always available and the conversation never slackened.

What impressed me most was a visit to Kimse Yok Mu. This humanitarian organisation has 23 branches in Turkey and around 200,000 volunteers. They have carried out relief work in 63 countries out of which one is Pakistan. Soon after the 2005 earthquake, 29 trucks were sent to Pakistan and eventually $11 million worth of aid was provided. The most enduring legacy is the establishment of 12 schools which will benefit thousands of children in the years to come. Nor was this the only time Kimse Yok Mu came to Pakistan. In 2010, in the wake of devastating floods, they came again with $12 million worth of goods and services. The Turkish volunteers were both courteous and efficient, something I witnessed myself during my two visits to Muzaffarabad in 2005.

The Fatih University, although a private, fees-taking body, charges foreign students less than those who live in Turkey. It teaches most subjects in English and, therefore, may become a likely destination for Pakistani students who are on the lookout for higher education at lower cost.

I am less enthusiastic about the Turkey-based Journalists and Writers Foundation, though not because of anything I found wrong with them. It is just that I have the feeling that if a certain point of view, be it any, becomes too powerful and dominant, it crowds out its opponents by mere force of numbers. Since I believe all points of view should flourish and be expressed without fear or favour, I am a little wary of an agenda-based movement taking control of the media. But this reservation aside I found the Foundation efficient, well organised and, at least at the moment, promising to remain tolerant of all points of view.

Among the other things which impressed me were that the city of Istanbul is very well organised. It makes 13 per cent of its own electricity by waste (bio-gas) and has drinkable water for the next 40 years or so. It has trams, buses, trains and ships. Why we do not have this mass transit system in our cities is for our governments to answer but the feeling one gets in Istanbul is that somebody is looking after the citizens. I will say nothing about the tourist attractions because there is no dearth of accounts about them. But one thing I will say in passing about the Hagia Sophia (Holy Wisdom). Established in 360, it remained the Greek Orthodox Cathedral of Constantinople till 1453 when it was converted to a mosque. In 1931, it was closed and four years later, it reopened, but as a museum. This saddened me just as the conversion of a mosque to a church would. I think all places of worship should be respected and restored to their worshippers all over the world. A magnanimous gesture for the Gulen Movement would be to urge the Turkish government to restore the building to the Orthodox Church. That would be a true test of tolerance.