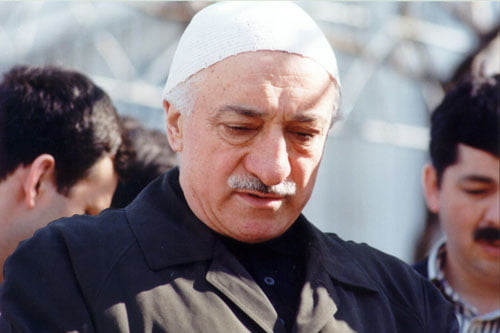 Turkish and Islamic scholar Fethullah Gülen has said he prefers staying in the US longer to avoid damaging positive developments in Turkey in a first public response to Turkish prime minister’s invitation to Turkey. “If [my return] halts positive developments in Turkey, [I prefer] staying here if my lifespan allows and I will not return not to damage my country, my nation and those [positive] things in my country,” Gülen said with weeping eyes in a recording published on Friday in herkul.org, a web-site that publishes his speeches and writings.

In an open call that received applause from many, Prime Minister Recep Tayyip Erdoğan invited Gülen on Thursday to return to Turkey in a speech he delivered during the closing ceremony of the 10th International Turkish Olympiad.

“We want to see those who are abroad and longing for the homeland among us. We want this yearning to end,” the prime minister said, without directly mentioning a name but openly referring to Gülen, who has been residing in the US for over a decade. Erdoğan’s remarks received a lengthy standing ovation from the huge crowd that had jam-packed the over 50,000-seat Türk Telekom Arena — Galatasaray Football Team’s stadium in İstanbul’s Seyrantepe neighborhood. Thousands more audience members arrived in the area in the hope of getting seats in the stadium but were left outside.

The prime minister delivered a speech to the enthusiastic crowd after he was granted a special award by the organizing committee of the Olympiads. “Absence from home is loneliness. We have no tolerance for loneliness. We are saying that this absence from home [of Gülen] should end. To be honest, I understand that this is also what you all expect. So, let’s say the absence should be ended. As the child of an ancient civilization, I am extending my thanks to the ones who call on us and the entire world tonight in Turkish, the language of a rich culture. This is what I am saying, let’s put absence from home and longing for the homeland to one side,” the prime minister said in his call to Gülen.

Gülen is highly respected both in Turkey and a large number of countries across the world for educational activities he has pioneered, along with his efforts to promote intercultural and interfaith activities around the globe. The Turkish Olympiads are an initiative pioneered by schools associated with the Hizmet movement, inspired by Gülen. He is in self-imposed exile in the US though there is no legal hurdle that prevents him from returning to Turkey. Shortly after he went to the US, in 2000, he was charged with establishing an illegal organization, but he was eventually acquitted in 2008.

Gülen said Erdoğan invited him to Turkey and spectators there made a lengthy applause in a normal gesture, which indicates that they also want him in Turkey. Gülen said he cannot say “ugly things” like he cannot return to Turkey without their invitation and that Turkey is not a stable, secure place or that he would put himself in trouble if he returns.

Assessing Erdoğan’s invitation, Gülen said if there is even one percent chance that his return to Turkey will damage positive developments in Turkey and will cause more troubles, he prefers not to return to Turkey.

He said even if he thinks it is safe to return to Turkey, it is not up to him to decide if he is going to stay in the US or return to Turkey. He said he would discuss the possibility of his return with his friends, adding that he even doesn’t want to be buried in the US in case he dies in a reference of his love for his hometown.

He reminded that he once told his friends to purchase a piece of land in the US in case he dies there to be buried in that “Turkish land.” But he then said he unsubscribed to this idea and wants to be buried near his mother.

He said he is sorry that he is forced to decline the invitation of Erdoğan and other state officials.

Gülen has written nearly 60 books in Turkish, most of which have been translated into dozens of languages. He was most recently honored with the EastWest Institute’s (EWI) 2011 EWI Peace Building Award for his contribution to world peace.

The prime minister’s invitation to the prominent scholar received thumbs-up from various segments of society in Turkey. On Friday, Deputy Prime Minister Bekir Bozdağ backed the prime minister’s invitation for Gülen, and said the ruling Justice and Development Party (AK Party) government would like to see the prominent scholar back in his homeland. “It is up to him [Gülen] to decide, but our desire is to end his longing for Turkey and see him in his homeland,” Bozdağ said when speaking to reporters.

Bülent Arınç, also a deputy prime minister, said thousands of people in Turkey want to see Gülen back in the country, adding there is no legal hurdle to prevent him from returning. “I am one of the many people in Turkey who know that Gülen misses his country. I hope it is finally time for him to return to Turkey,” he told reporters. According to Arınç, there is great consensus among Turkey’s politicians and civilians for the leading scholar to come back to his country. “At least Gülen may visit Turkey from some time to time. We want him to return to his country after over 10 years and reunite with people who love him. I hope our prime minister’s wish [for Gülen to return to Turkey] will come true soon. We will be happy to see Gülen in Turkey,” he stated.

Customs and Trade Minister Hayati Yazıcı praised the finale of the 10th International Turkish Olympiad, thanked everyone who worked for its organization and voiced his support for Erdoğan’s invitation to Gülen. “I sincerely support the message of our prime minister. I want to see everyone who is longing to see his or her homeland back in Turkey,” he said.

Gürsel Tekin, the former second-in-command of the main opposition Republican People’s Party (CHP), said he would personally favor Gülen’s return to Turkey, adding that the decision of whether return or not belongs to the scholar.

On November 13th, 2013, Pacifica Institute’s Portland chapter held its 5th Annual Dialogue and Friendship Dinner having the author-journalist Mustafa Akyol as its keynote speaker. The dinner was attended by Turkish and American academics and businessmen. In his keynote speech centered on his book “Islam without Extremes,” Mustafa Akyol pointed out the fact that Islam is misrepresented.