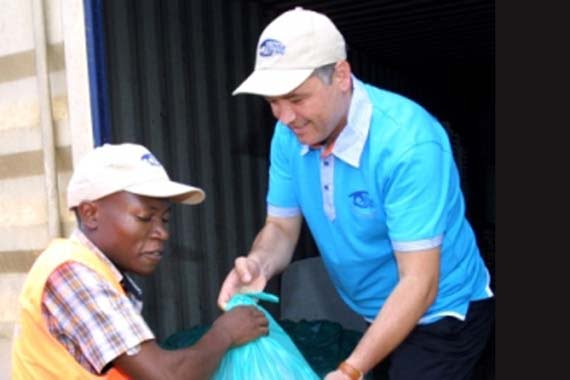 Kimse Yok Mu Foundation, which has launched an aid campaign for the Ugandans in need as of Ramadan month, extended its hands to the country’s police department as well.

As a part of its Ramadan activities, the foundation provided humanitarian aid to the police in the capital Kampala. Aid packages containing staples such as flour, bean, tea and sugar were distributed by KYM volunteers.

The foundation’s humanitarian aid activities are scheduled to continue across the country throughout the month of Ramadan.