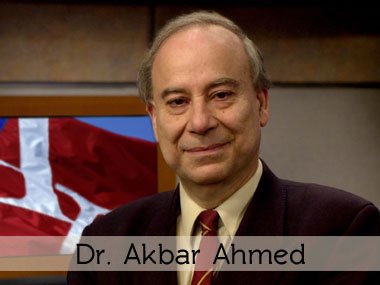 One of the greatest challenges that faces anyone wanting to promote dialogue and understanding is the relationship between the West and Islam. A recent Pew survey[1] found that the gap between the West and the Muslim world, far from decreasing, has increased. Many in the West saw Muslims as violent, fanatical extremists. Muslims in turn saw Westerners as violent, fanatical extremists, but also immoral and greedy. In this negative environment it is crucial that we go on striving to understand each other and help to build bridges between these two world civilizations.

This important book, a study of the world-wide Sufi-oriented movement of Fethullah Gulen, provides a way of doing this. Its author, Muhammed Çetin, a well-known Muslim scholar from Turkey; gives us for the first time an insider’s view of the movement. His approach, combining on-the-ground knowledge of a senior participant in the Gulen movement with the erudition and expertise of a professional social scientist, places the movement in the context of Islamic history and culture as well as contemporary Western social movements theory.

Gulen is considered one of the most influential Turkish Islamic scholars of his generation. I was not surprised to see Fethullah Gulen take first place in the Foreign Policy/Prospect poll of the World’s Top Public Intellectuals in 2008. The movement he initiated in the late 1970s now has millions of participants. It has founded and runs hundreds of modern educational institutions, as well as print and broadcast media outlets and dialogue societies. The author of more than fifty books, Gulen has dedicated a lifetime to promoting peaceful interrelationship within and between different communities, societies, cultures and religious traditions.

Muhammed Çetin’s thoroughly referenced study provides an excellent introduction to the movement by someone who knows it inside and out. The Introduction presents an overview of developments in social movements theory, which helps to locate this study precisely in its disciplinary context. The second chapter provides a valuable overview of key figures and events in recent Turkish socio-political history and explains the rise of the Gulen movement against that background. In chapters 3 and 4, Çetin applies the various theoretical paradigms he discussed in the first chapter to the Gulen movement, situating it in the necessary social, political, cultural, and theoretical context. He also analyzes and explains the motives, methods and rationale of the opposition to the movement. This approach will be helpful for Western readers who may be coming from a tradition of activist, or “protest” movements, from which Gulen’s spiritual movement is quite different. Çetin subtly and persuasively draws out the important comparisons and contrasts, without which we cannot understand the extraordinary success of the Gulen movement. The fifth chapter presents the results of questionnaires and interviews with members of the movement. This view from within and Çetin’s analysis of it open for us an unprecedented window onto this worldwide Islamic movement and help us appreciate the depth and firmness of its commitment to peaceful action, pluralism and democratic processes.

I have long been an admirer of Fethullah Gulen not only because he speaks of and promotes a compassionate version of Islam, but also because the movement he has inspired enables that vision by establishing educational institutions that practise and embody what they teach. My recent travels in the Muslim world have shown me just how influential the movement has become. While conducting a research project, which culminated in my book Journey into Islam: The Crisis of Globalization (2007), I traveled to nine Muslim countries with a group of young Americans in order to understand the contemporary Muslim world better. Often we found anger and alienation as Muslims feel under attack and seek to defend their religion and culture. Some Muslims seem to feel, as do some Westerners, that there already is a clash of civilizations taking place. For all the connective power of globalization, people across the world may in reality be growing further apart. Yet, notwithstanding the anger that is out there, the figure of Fethullah Gulen, with his Sufi-oriented message of love and compassion, was the number one contemporary role model in Turkey, as also in much of the rest of the Muslim world. I believe this speaks to the readiness of Muslims to answer the challenges that face them with forbearance, patient self-examination and self-reform – an authentically Islamic response that Gulen has revived and nurtured, and all of us need to support.

There is a need for a study like this, for both Muslims and non-Muslims. Americans, for example, may be surprised to discover that the leader of one of the world’s great social movements resides in Pennsylvania. The influence of the Gulen movement has grown exponentially over the past thirty years. Its educational institutions, media outlets and other organizations now have a substantial presence in all continents, not just in Turkey and Central Asia. The movement has grown riot as a political movement but as a social and spiritual one. A unique social reformer, Gulen has introduced a new style of education that begins to integrate scientific knowledge and spiritual values. This vision of Islam which celebrates compassion as well as ‘ilm or the search for knowledge is needed now more than ever. It is well to remind ourselves that ‘ilm is the second most used word in the Qur’an after God. I often quote one of my favorite sayings from the holy Prophet (peace be upon him): “The ink of the scholar is more sacred than me blood of the martyr.”

Muslims need to rediscover the importance of compassion and ‘ilm in Islam for themselves, while Westerners – who are used to seeing on their television screens only angry violence coming from the Muslim world -need to appreciate these central features of Islam. The teachings of Gulen represent a strong, compassionate form of Islam that, in the face of adversity and controversy, remains resilient and peaceful.

I spoke to Muhammed Çetin at a conference in Gulen’s honor at the University of Oklahoma in November 2006. I asked him for his favorite Gulen quotation; it was: “Be so tolerant that your bosom becomes wide as the ocean. Be inspired with faith and love of human beings. Let there be no troubled souls to whom you do not offer a hand, and about whom you remain unconcerned.” Gulen’s message is to embody Islam in service of others, not just to speak it, and the way to do this is through the discovery of love: ”A soul without love cannot be elevated to the horizon of human perfection … Those who are deprived of love, entangled in the nets of selfishness, are unable to love anybody else and die unaware of the love deeply implanted in the very being of existence.”

At the same meeting, Professor Barbara Boyd, the director of Interfaith Religious Studies at Oklahoma University, felt that Gulen was “like Jesus.” When I asked why she compared a Muslim to Jesus, she said, “He radiated love.” These were significant words not only because they were coming from a Christian but also because we were in the heart of the American Bible Belt. For me, here was evidence of successful interfaith dialogue and understanding.

I have seen the extraordinary response many Americans have given Gulen, which has led to a greater understanding of Islam as a whole, so vital in our post-9jll world. In this world of religious and ethnic turmoil, the millions participating in the Gulen movement continue to provide us with both spiritual and practical guidance on how to build peace and tolerance. The spirit of love and compassion that Gulen preaches is more necessary now than ever, and one could ask for no better guide to the worldwide phenomenon of the Gulen movement than this book. It is essential reading for anyone wishing to understand contemporary Islam and we should be grateful to Muhammed Çetin for writing it.

[1] “The Great Divide: How Westerners and Muslims View Each Other.” Prepared by Pew Research Center, this report was released on June 22, 2006. Accessible at www.pewglobal.org.