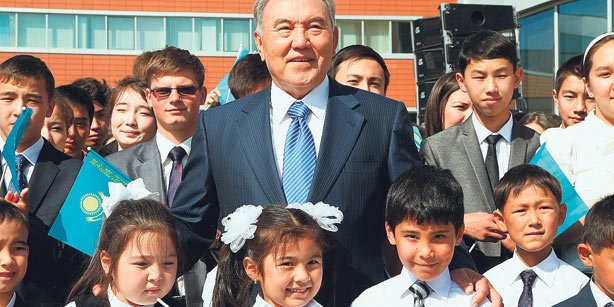 Turkish-Kazakh schools across Kazakhstan are being renamed amid a campaign by Turkey against the exiled Turkish Muslim cleric Fethullah Gulen.

The Turkish-Kazakh schools were co-founded by Gulen’s Hizmet movement and his followers and have been functioning in Kazakhstan since early 1990s.

One of the other sponsors of the 33 Turkish-Kazakh schools in Kazakhstan, the KATEV Foundation, said on October 18 that the schools are to be renamed as “Bilim” (Education) Innovative Lyceums.

KATEV said the schools were being renamed to honor the 25th anniversary of Kazakhstan’s independence from the former Soviet Union, which will be celebrated on December 16.

Gulen, who is living in self-imposed exile in the United States, is accused by Ankara of ordering a July 15 attempted coup against Turkish President Recep Tayyip Erdogan by a group of the cleric’s followers within Turkey’s military.

Gulen has repeatedly denied the accusation.

Washington has so-far refused calls by Erdogan to extradite Gulen from the United States, saying Turkey must provide solid evidence that he played a role in the coup in support of a formal extradition request.

An analyst Dosmir Uzbekov believes that the closure of a wide network of schools and high schools “Sebat” will cause outrage among the population. “My son has graduated from Turkish lyceum, and I am very pleased with the education he received there. “Sebat” has become an inherent part of the education system of Kyrgyzstan.