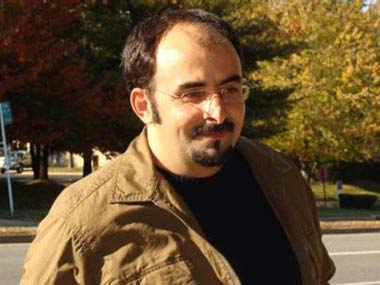 The Odatv trial has finally begun after months of waiting. The time between the first arrest and the beginning of the trial was a very long time and reason for widespread complaint. This time is not only problematic for the suspects who may have spent excessive time in prison — and may not even be found guilty at the end of their trial — it is also a problem for prosecutors who have arrested well-known suspects.

During this period, suspects have used media outlets to spread their message to the public and create the image that they are not guilty but are imprisoned because of their political stance. There are many people in Turkey who spent years behind bars because they did not have media influence.

The former guardians of the republic — military generals, deep state operatives and Ergenekon suspects — have well-maintained relations with media outlets. Kurdish Communities Union (KCK) suspects who have access to Kurdish media outlets (not foot soldiers; Kurdistan Workers’ Party (PKK) militants do not have such connections) have also spread their messages to the media and formed communities to support them during their trials, as well as campaigned to improve their public relations. Once they form their base in a community, even if they are found guilty, they are actually victorious because the public perceives that “the court found them guilty because it was politically oriented.”

These defendants visit TV stations almost every evening to explain that their clients are not guilty of anything; they were imprisoned because of politically oriented prosecutors or police. The prosecutors do not have the privilege of presenting their cases on TV or to other media outlets. Technically it is not allowed to share the details of the KCK case. So the prosecutors or police leak some of their evidence to the media in order to defend themselves indirectly, while the defendants use every opportunity to directly build public relations campaigns.

The Ergenekon trials are one of the most well-known examples of this phenomenon. The defendants in the Ergenekon trial, most of whom have previously established relations with media outlets, have used the media to explain their position to the public, not the courts. They even extended their public relations campaigns to the capitals of European countries and Washington, D.C., where they sent supporters to use media relations that were established back when they were active members of the military or bureaucracy. They are able to win support from Western capitals and use them to exert pressure in Turkey. For instance, to increase Western support for Ergenekon’s media presence in the trial that began on Monday, known as the Odatv case, some Ergenekon-friendly Turkish journalists who normally tweet in Turkish were tweeting in English to maintain already-established support from the West.

One should admit that the pro-Ergenekon network worked very hard to build support in Western capitals. Now there are many people in the West who think that the Ergenekon trial has imprisoned anti-Justice and Development Party (AK Party) individuals not because of their guilt, but because of their opposition to the AK Party government.

The last Ergenekon campaign was launched when journalists Ahmet Şık and Nedim Şener were arrested and accused of alleged links to the Odatv media outlet, which is widely believed to be an organization that is connected with elements of the deep state. Şık’s arrest was further exaggerated because he was allegedly writing a book against the Gülen movement’s influence in the police force. Şık was arrested to prevent his book from being published.

I will continue to write on this subject in my next article.

There are credible grounds to believe that government agents forcibly disappeared the missing men. The Turkish authorities should promptly uphold their obligation to locate the missing men, who may be in grave danger, secure their release and if they are in custody give them immediate access to a lawyer, and let their families know where they are.