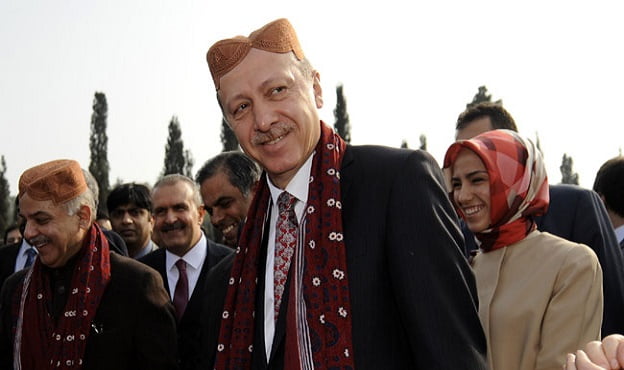 ISLAMABAD: As Pakistan welcomes Turkish President Recep Tayyip Erdogan with grandeur on his upcoming visit, officials in Islamabad are perplexed at the way the host country is being pressurised to expel more than 100 Turkish teachers from Pak-Turk schools across the country. They are to be replaced with people from Maarif Foundation- a radical state-run subsidiary of the Turkish government.

Maarif, set up by an act of Turkish parliament, is an education foundation that is based on divisive political ideology and racism. It is founded by the Justice and Development Party (AKP) of Turkey to consign AKP’s partisan mentality and political ideology to Islamic and developing countries.

Since the failed military coup in July this year, President Erdogan’s government launched a massive purge rather than properly investigating the affair. In addition to the officers who were accused of taking part in the coup, thousands of soilders who didn’t take part in the coup, tens of thousands of civilians including journalists, teachers, and judges were detained and arrested within days of the failed attempt. In Pakistan, the Turkish government and embassy went for an exaggerated response, demanding closure of around two dozen Pak-Turk schools (housing 10,000 students) that were and are operating under a Pakistani company and has nothing to do with the Turkish government.

But the Turkish government falsely accused Pak-Turk schools for having links with US based cleric Fethullah Gulen’s Hizmet movement whom they blame for being the mastermind behind the July coup. Interestingly, US Director of National Intelligence James Clapper stated recently that they didn’t see any evidence of Gulen’s involvement in the coup attempt amidst repeated requests by the Turkish government to extradite him. But the witch hunt in Turkish society continues unabated to now, affecting more than 100,000 people, despite international criticism and condemnation.

Pakistani officials fear during his visit Mr Erdogan will try to use his relations with the Prime Minister Nawaz Sharif and his family (especially Punjab Chief Minister Shahbaz Sharif) to pressurise the government of Pakistan about the Pak-Turk educational institutions across the country. Mr Erdogan, Turkish embassy sources in Pakistan said, will be demanding the transference of these educational institutions to the purpose-founded and state run Maarif Foundation of Turkey. And Ilnur Cevik, chief adviser of President Erdogan, crossed diplomatic limits and norms recently when he wrote in his column “that Pakistan did not close the Turkish schools in spite of Turkey administration demand to close. That is why the visit of Erdogan on 16th Nov is important. He should pull somebody’s ear in Pakistan”.

There are more than 10,000 students being educated at the Pak-Turk educational institutions across Pakistan. More than 110 Turkish teachers (and 300-400 family members) are awaiting renewal of their visas, which lapsed around two months back. Turkish teachers of these schools are by and large commended highly for their ethics and integration with the Pakistani society. An unceremonious and unjust exit of these teachers and their families from Pakistan would invite a severe reaction from parents and students alike. And it is feared these teachers and families, once they land in Turkey, face human rights violations, undergo arrests and hardships

Bureaucratic circles in Pakistan are bothered by the excessive demands and patronising attitude of the government of Turkey so far exercised by the Turkish ambassador and Turkish bureaucracy during their occasional visits. “We are a sovereign country and Turks are our brothers. However, they should understand this fact as well as our position. They must quit pressurising us, and they must respect our independent decisions,” said a senior bureaucrat talking in anonymity.

Maarif, set up by an act of Turkish parliament, is an education foundation that is based on divisive political ideology and racism. It is founded by the Justice and Development Party (AKP) of Turkey to consign AKP’s partisan mentality and political ideology to Islamic and developing countries.