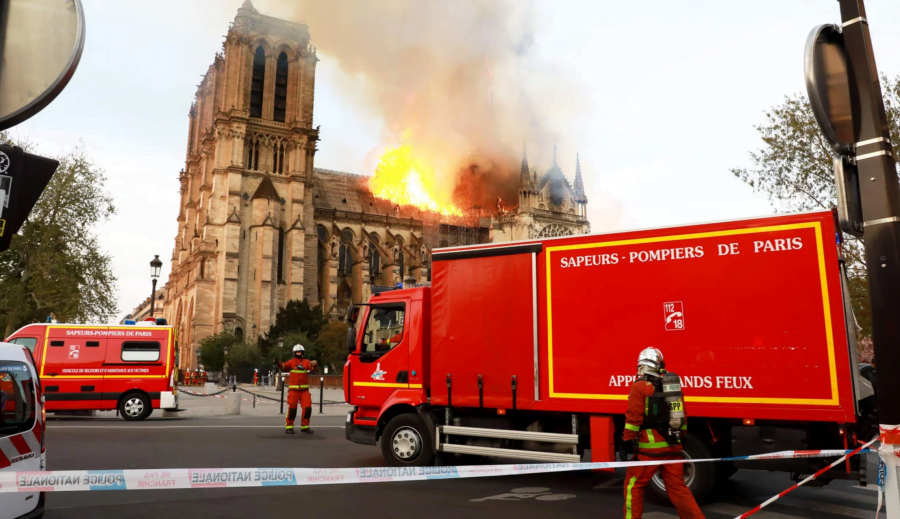 I was deeply saddened by the fire at Notre Dame Cathedral, which damaged one of the world’s most important treasures.

Notre Dame Cathedral has witnessed crucial events throughout France’s history and has been the inspiration for world-renowned works of art, gaining a special place in the hearts of the people of France. The destruction caused to this building is a major loss for humanity.

The messages of solidarity from different parts of the world in response to the fire show the depths of our human empathy and brotherhood. I hope that the heartening scenes that emerged from this tragic event will be repeated whenever there is loss of human life, natural resources, and cultural treasures, no matter where it occurs. Coming together to help in times of tragedy contributes to the spirit of worldwide brotherhood.

I believe that the people of France will reconstruct this historic building and fully restore its magnificence.  I extend my condolences to the French President Emmanuel Macron, Archbishop Michel Aupetit, the rector Patrick Jacquin, ministers of Notre Dame Cathedral, and the people of France. I invite everyone to support the efforts to reconstruct this beautiful Cathedral.

Ten graduates of Turkish schools in Bosnia, which were opened right after the Bosnian war and are among the top educational institutions in the country, are now working as teachers at the schools they attended as students, the Anatolia news agency has reported.