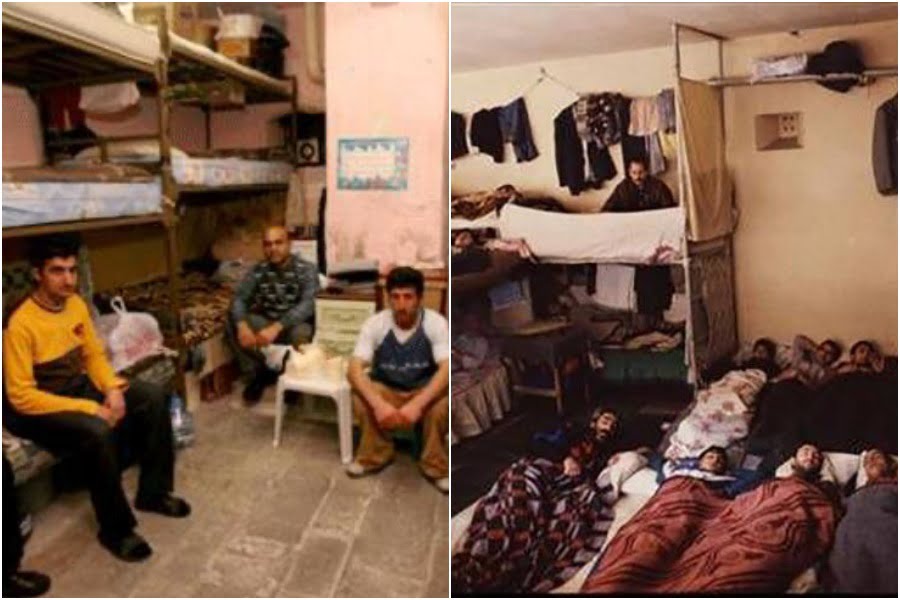 Images of Turkish prisons from last 5-10 years. Currently, Turkish prisons capacity is almost 220,00 and some 300,000 inmates are prisons tens of thousands whom are in lengthy pretrial detention or sentenced without evidence (HizmetNews).

The risk the coronavirus pandemic poses to staff and inmates in Turkey’s vastly overcrowded prisons has prompted the government to accelerate a plan to substitute prison time with alternatives such as early parole and house arrest. While a welcome step, it is important that prisoners who are not serving time for acts of violence but instead are jailed for little more than their political views can benefit. There should be no discrimination on the basis of political opinion.

The draft law before Parliament this week reportedly could help up to 100,000 prisoners out of a prison population in Turkey close to 300,000, but will exclude thousands of inmates on trial or sentenced for terrorism offenses or crimes against the state.

Terrorism may sound like the gravest of offenses, but in Turkey, the government misuses the charge for political ends. Many inmates are placed in lengthy pretrial detention or sentenced without evidence that they committed violent acts, incited violence, or provided logistical help to outlawed armed groups. Among them are journalists like Ahmet Altan, politicians like Selahattin Demirtas and Figen Yuksekdağ, human rights defenders like Osman Kavala, and thousands of dismissed civil servants, teachers, and others punished for association with the Fethullah Gülen movement.

Human Rights Watch has worked for years on the misuse of terrorism laws in Turkey, including how courts defined exercising the right to assembly as a terrorism offense, and how media, politicians, and lawyers have all been targeted.

The government’s early parole draft law suggests prisoners who have served at least half their sentence could be released early and includes various provisions such as enabling pregnant women and prisoners over 60 with health conditions to be released to house arrest or on parole.

All efforts to reduce the prison population at this time are welcome, but such measures cannot become a tool for targeting political prisoners. Parliament should reject any discriminatory exemption of terrorism prisoners and sick prisoners who have applied for postponement of sentences. It should make sure that decisions on early release of all prisoners are non-discriminatory – taking into consideration the imperative of protecting their health, particularly where there are risks due to age or underlying medical conditions – and objective, based on the risk prisoners may pose to others if released early.