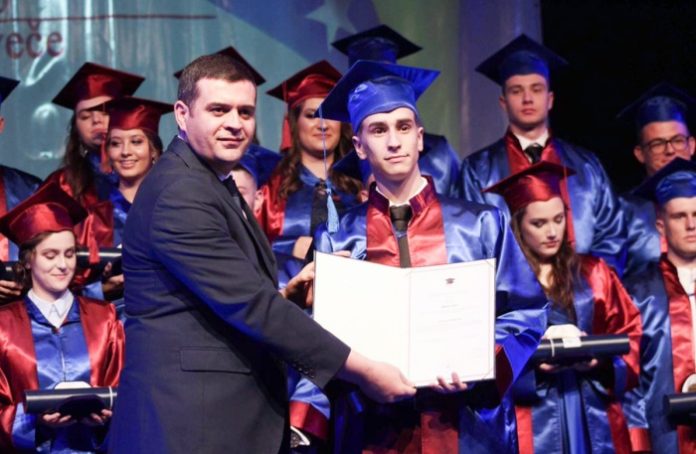 Bosnian police have arrested the head of a school linked to the arch-foe of Turkey’s powerful president, raising fears that Turkey’s long arm is behind the detention.

Fatih Keskin, director of Richmond Park Schools in Bihac in northwest Bosnia, was arrested on Tuesday after his permanent residence permit was revoked for unknown reasons apparently related to national security.

Harun Tursanovic, Richmond Park Schools Public Relations Officer, confirmed to BIRN that Keskin had been arrested and was currently in a detention centre in Lukavica, Eastern Sarajevo.

“The arrest is full of irregularities,” he said. “First, he was called to visit the police Station in Una-Sava Canton … and there told that his residence permit was revoked.

“He was also forced to sign some documents and when he refused was brought to Sarajevo,” Tursanovic told BIRN.

Tursanovic said he suspected the Turkish government’s role in the process.

This is because Bosnia – like other Balkan countries – has come under strong pressure from Ankara to extradite alleged “Gulenists” – followers of the exiled cleric Fethullah Gulen, a hate figure for Turkish President Recep Tayyip Erdogan.

“This was a surprising move for us, as Keskin had a permanent residence permit,” Tursanovic noted.

“The Service for Foreigners’ Affairs, SPS, had previously told us that all those with permanent resident permits would not have any problems over Turkish demands – but now this is happening. The unusual process hints at the role of an outsider effect, which is the Turkish government in this case,” Tursanovic said.

A lawyer, Nedim Ademovic who is defending 10 of the people on Erdogan’s list, met Keskin and officials from the SPS on Wednesday morning.

“We were told that Keskin’s residence permit was revoked for reasons related to national security. They avoided giving us solid reasons,” Tursanovic said.

Previously, after the resident permits of four Turkish citizens who were on Erdogan’s list were revoked for similar reasons, the courts stopped the decision.

“We will challenge the decision and we hope that the courts will deliver justice,” Tursanovic added.

SPS Director Slobodan Ujic confirmed on December 3 that Keskin had been detained.

“The SPS is not doing something for nothing. We had operational data and will interview [him] and further verify the data,” he said.

“Other security agencies are involved. It is not simple,” Ujic told Klix.ba, refusing to give out any other details about Keskin’s arrest for operational reasons.

But Tursanovic said that, because of this, other teachers working for the school chain no longer feel safe, calling the decision very concerning.

The Turkish government accuses Gulen, who lives in self-imposed exile in the US, of being behind a failed coup attempt in 2016. He has denied this.

But since the failed coup, Ankara has referred to Gulen’s movement as the Fethullahist Terrorist Organisation or FETO for short.

Since then, Ankara has arrested tens of thousands of people, fired hundreds of thousands from public service jobs and closed down thousands of companies, NGOs and educational institutions because of their alleged links with the “FETO”.

Erdogan’s government has also exerted maximum pressure on Balkan states to hand over alleged Gulenists and to close down any institution related to the cleric’s movement.

Most have resisted the call for extraditions, but the Turkish intelligence agency was involved in two operations to rendition so-called Gulenists from Kosovo and Moldova, which sparked political rows in both countries.

Bosnian media reported that Erdogan delivered a list of alleged Gulenist to his Bosnian counterparts, demanding their extradition, on his recent visit to Bosnia in July.

Keskin had been living in Bosnia for more than 15 years, working as a teacher and school director. He was reportedly not on Erdogan’s list but could still face extradition.

Richmond Park Schools, formerly known as Bosna Sema Schools, is currently owned by a British educational firm. It runs 14 schools including a university in Sarajevo.