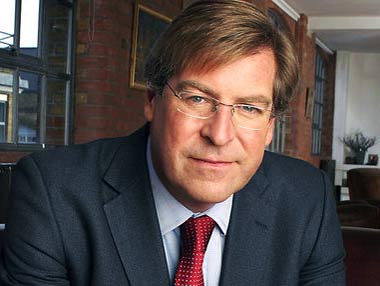 You may either read the summary of the 38 min long radio program below or click here to listen to it.

From Kenya to Kazakhstan, a new Islamic network is attracting millions of followers – and billions of dollars.

Inspired by a little-known Turkish imam, the Gulen movement is linked to more than 1,000 schools in 130 countries as well as think tanks, newspapers, TV and radio stations, universities – and even a bank.

This massive network is unlike anything else. It has no formal structure, no visible organisation and no official membership.

Its supporters say they simply work together, in a loosely affiliated alliance inspired by the message of charismatic preacher Fethullah Gulen, who promotes a tolerant Islam which emphasises altruism, hard work and education.

Turkish businessmen are attracted by what they see as his international outlook and pragmatic approach to issues like using credit.

In Turkey today, it is thought to have up to 10 million supporters. A recent study suggests many give between 5%-20% of their income to groups affiliated with the movement.

Critics claim its aim is to gain power, to spread socially conservative Islamic attitudes on issues like marriage and alcohol around the globe, and to suppress any opposition.

In the past year, three of its most prominent critics have been jailed in Turkey, sparking claims that it has become a sinister controlling force in its native land.

Mr Gulen’s critics point to a video which surfaced in 1999, in which he seemed to tell his followers that they should deliberately attempt to infiltrate mainstream structures:

“You must move within the arteries of the system, without anyone noticing your existence, until you reach all the power centres. You must wait until such time as you have got all the state power, until you have brought to your side all the power of the constitutional institution in Turkey.”

He left for the United States, claiming the recording had been tampered with. He was later cleared in absentia of all charges.

He has urged his followers to build schools instead of mosques, and encourages interaction with people of other faiths through dialogue societies, including one in the UK.

The movement’s schools usually boast hi-tech facilities, and many students are on scholarships funded by Gulen-inspired businessmen.

Although the schools are secular, teachers are expected to act as role models. Smoking, drinking and divorce are frowned upon.

Fatma Disli first came across the movement – which she prefers to call “Hizmet” (“service” in Turkish) – at a school it founded to help students pass university admissions tests.

“The people I met through Hizmet were really hard-working, virtuous people who were practising their religion, but at the same time had important jobs. I realised that it’s possible to be religious and to have a career.”

Gulen supporters argue that the movement has also played a part in the growth of Turkey’s economy by bolstering exports.

Serdarj Yesilyurt, from Turkey’s Federation of Businessmen and Industrialists, says 95% of his members are Gulen supporters.

The combination of philanthropy and business has been powerful, he says, with Gulen-inspired schools supporting and smoothing the way for Turkish businessmen in emerging markets like Africa and Central Asia.

However, a media group run by Gulen supporters, which includes newspapers, TV and radio stations and a news agency, has been criticised for being too close to the Islamic-rooted governing party.

There are claims that supporters of the movement dominate parts of the police and the judiciary.

Last year, a police chief who wrote a book on this subject was jailed. Earlier this year, two Turkish investigative journalists, Ahmet Sik and Nedim Sener, were arrested after investigating similar claims.

As Sik was arrested, he shouted: “Whoever touches them burns!” All three men are still in jail.

They were arrested in connection with an alleged plot by right-wing extremists, hardline secularists and army generals to overthrow the state.

Press freedom campaigner Ferai Tinch says most journalists in Turkey believe that they too will suffer if they criticise the movement.

“The imprisonment of journalists is the tip of the iceberg. Nobody dares to write directly against the Gulen movement,” she says.

The movement insists it had nothing to do with the arrests.

“It’s illogical to think that Gulen followers would be involved [in arresting critics],” says Cemal Usak, of the Gulen-linked Journalists and Writers Foundation.

“That would do the biggest harm to the movement. They must be out of their minds to think such a thing.”

The only point that both supporters and critics seem to agree on is that it wields huge power in Turkey – and that its global expansion shows no sign of slowing.

Edward Stourton reported on the Gulen movement in Islam Inc on BBC Radio 4 on Tuesday May 24, repeated on Sunday 29 May at 1700 BST.

Click here to listen to the 38 min long program http://www.bbc.co.uk/iplayer/console/b011c0ty