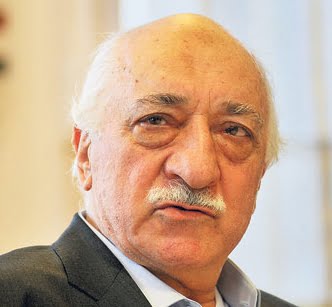 Fethullah Gulen, Turkish preacher and founder of the Hizmet movement answers questions from Modest Kolerov of REGNUM Editor-in-Chief of Russia.

REGNUM : Dear Mr. Fethullah Gulen, thank you for the opportunity to answer questions in a brief interview that you agreed to hold, despite your busy schedule and poor health . You are constantly becoming the subject of discussion during the meetings of intergovernmental delegations of Turkey and the United States. The Turkish government demands your extradition. Are you concerned about a possible extradition? Have you considered an alternative country to move? Why is the Turkish government so persistent about you?

Gülen : I don’t worry about Turkey’s extradition request. I live my last days anyway and it doesn’t matter if I die here, in Turkey, or somewhere else. Never have I had anything to pursue other than doing everything in my power to succeed in the next world and to receive the contentment of the Almighty. I live here (the United States) for about 20 years. During all this time, I have not seen anything but respectful attitude on the part of both the neighbors of this small village in which I live and the government authorities. I also did not think about moving to any other place. I believe that the United States, in response to the Turkish demand, will do everything necessary within the framework of the extradition treaty with Turkey, as well as the requirements of the legislation. If we talk about the reason for the persistence of the Erdogan government in this matter, in my opinion, this is due to their internal political calculations. He needed a scapegoat to be able to concentrate all power in the hands of one person, for this they chose the Hizmet movement as the scapegoat. Now they are doing everything in this direction. Until December 2013, representatives of the ruling party were competing among themselves in terms of expressing gratitude to the Hizmet movement. Starting in 2014, turning 180 degrees, they began to denigrate Hizmet with hateful statements and crush it using state power. Given that millions of followers of the Hizmet movement could not change overnight, it means that they have changed. I think that the change in their attitude can be explained by a political plan they were pursuing.

REGNUM : It is said that the Hizmet movement was involved in incidents with the downed Russian plane and the assassination of Ambassador Karlov, which are important stages in relations between Turkey and Russia. How would you answer these charges?

From the outset, I note that I strongly deny both of these accusations. This is so low a slander that does not deserve even an answer. I posted a video message to the Russian people in connection with the assassination of Ambassador Karlov. I expressed my condolences. Once again, I condemn this brutal murder. An attempt by the Erdogan government to attribute this to the Hizmet movement only causes a grin. Instead of investigating the gaps in the security measures taken and taking responsibility for it, they try to attribute it to others. Returning to the incident with the downed Russian plane, I believe, as I said before to academic Professor Naumkin , I noted that it was a big mistake, that relations between Turkey and Russia are very important and that they need to be preserved. During this incident, the then prime minister (Ahmet Davutoglu) announced that he had personally given the order. And President Erdogan said then: “If they violate [the borders] again, we will bring down again.” And after Russia reacted harshly in this regard, they again tried to lay the blame on the Hizmet movement, chosen as a scapegoat, as if these words had not been said before. The Turkish army is known in the world for its discipline. In such a serious matter as the outbreak of conflict over the plane of another country, there is a chain of command and protocols. I do not think that discipline was broken that day. Ultimately, I don’t think that anyone sane in the world believes in these accusations.

REGNUM : Despite the progress in the events in the Middle East in which Turkey participates, there are still certain difficulties. How, in your opinion, is it possible to follow the peaceful path in the Middle East, especially in Syria?

Many years ago, I expressed my opinion on Syria to the ministers from the ruling Justice and Development Party (AKP) who came to visit me. I told them that it was necessary to support the voluntary and gradual democratization and development of Syria. It is necessary to support Assad, so that he remains in power for one more, possibly two terms, to provide both political and material opportunities, so that Syria can take the path of real modernization with the participation of many countries. So that the Kurds, the Turkmen, the Arabs, the Nusayris, the Christians and other groups could express themselves there so that an administrative environment could be created, where all of them would be represented. So that everyone would be given equal rights … Unfortunately, they did not listen to my opinion, saying – if I may say so – “you don’t understand these issues.” That is, they meant to say “surely we don’t need the advice of an imam of a mosque in this matter.” Today, this issue has become even more complex. In certain matters, Russia played a decisive role. In the future, Russia and America should come to an agreement and support the transition to a Syria with participative [democracy] that embraces all its peoples, without giving rise to even greater human losses and casualties. The statement I made on Syria with some differences applies to many countries in the region. The only long-term solution for countries with different ethnic groups is a participatory system, where these people will feel that they are all represented and their basic rights and freedoms are guaranteed regardless of religious and ethnic differences.

This interview was originally published by Regnum in Russian on February 11, 2019

I am shocked and deeply saddened by the horrific attack against the Tree of Life Synagogue in Pittsburgh. It is heartbreaking to see such a tragedy happen at a place of worship. I strongly condemn this hate-driven attack on the worshippers.