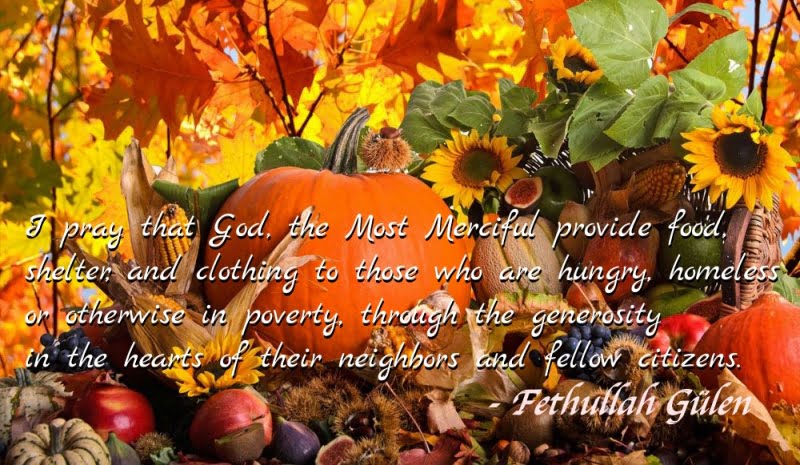 As Americans gather around Thanksgiving tables today, it is a moment to celebrate and reflect on the bounties of God, express our gratitude to Him and to celebrate our common humanity. People from all faiths and political persuasions are able to put aside their differences and engage in dialogue, reminding them that the world is large, humanity is diverse and that every human being has inherent value and something special to offer.

Greg Toppo, USA Today USA Today made a story on some public schools, which are called as Gulen charter schools. Mr. Greg Toppo sent Gulen some questions, which Fethullah Gulen responded through an intermediary. Below are Gulen’s answers to questions. Q: Would he reflect on his connection to the U.S. public charter schools inspired by […]