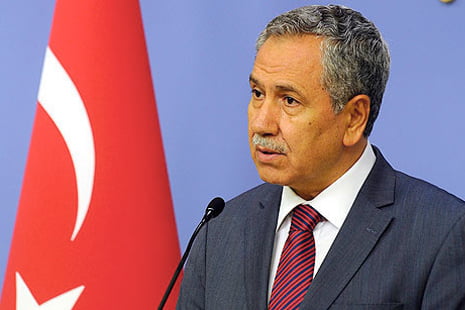 Deputy Prime Minister Bulent Arinc reflected on Fethullah Gulen’s remarks, saying, “We shouldn’t label anyone as capulcu (looter) or the like” on the recent Gezi Park incidents.

On a TV show at Samanyolu Haber, Arinc noted that Gulen’s conciliatory statements were definitely felicitous. Noting that Gulen is guiding and alerting them, “I follow his every word and every move. May God be pleased with him. He is giving guidance and heads up to us as well. He is lighting the way for us, like a lighthouse” Arinc said.

Emphasizing his belief that no one should be referred to as looter and the like and –as if it’s something to be proud of- people shouldn’t use such titles even jokingly, “This is what the moral discipline I have requires. So we cannot use a defamatory language. Portraying the ill in detail pollutes minds. We cannot celebrate the wrong and ill to and regard them as something to be proud of. Besides, we cannot portray them extravagantly and stir up negative thoughts in pure minds. As the Honorable Gulen’s said, those you call “looter” today will inevitably take the right path sooner or later, and their descendants will be more dignified. They will benefit the country too” Arinc said.