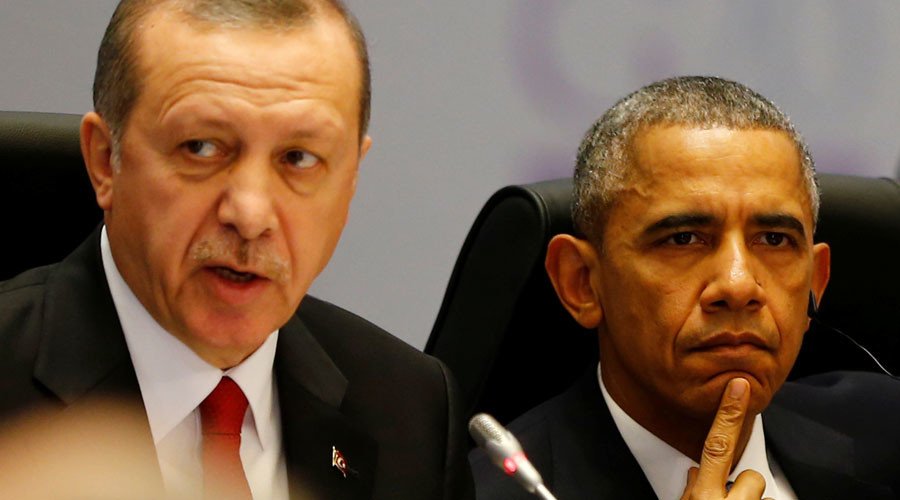 Tension has been escalating between Turkey and the US. Ankara’s casting suspicions much further afield in the aftermath of the failed coup on July 15 – now implicating its supposed NATO ally.

Turkish Justice Minister Bekir Bozdag claimed President Barack Obama knew the US-based cleric Fethullah Gulen “carried out this coup…just as well as he knows his name,” cited Hurriyet Daily. The minister added he was sure American intelligence knew it as well.

The US wants Turkey to provide clear evidence of Gulen’s link with the attempted coup before discussing any possible extradition.

RT: Top ranking Turkish officials are pointing the finger at the US. What are their allegations based on?

Ibrahim Dogus: Turkey and US relations have been in a tense situation for a while. Not just due to the failed coup, but well before it in relation to Syria and the different politics and positions in the Syrian conflict. What happened is – a few days after the failed coup Suleyman Soylu, a cabinet member from the governing party, a close figure to President Erdogan started the accusations in a paper by saying the US is behind the military coup. So, right now…this is inside thinking from those who are running Turkey at the moment. So, they believe the US was behind this.

RT: Why would Washington be interested in an anti-Erdogan coup?

ID: I don’t expect the US to be behind this failed military coup at all. The US and other international forces from time to time have been behind several military coups in different parts of the world. But this particular failed military coup, I think has nothing to do with US. I think the Turkish government and President Erdogan are using this as a reason to put more pressure on the US so that they can get Fethullah Gulen extradited back to Turkey.

RT: Turkey has also warned ties will suffer if the US fails to extradite the cleric, Gulen, who Turkey says was behind the coup. Is he really behind all of this?

Dr. Huseyin Bagci, from the Middle East Technical University in Ankara told RT: “Everyone in Turkey thinks the West in general was Erdogan bashing and they wanted to get rid of Erdogan, and many assumed that this was one good opportunity to topple the president and the government. But the fact is – it has failed and now the arguments by the Turkish government, at least some of the ministers, indicate that they just wanted to get America involved in it.”

RT: John Kerry said that if Turkey gives information about Fethullah Gulen involvement, they would consider what they can do. Seems Turkey isn’t putting forward this information. Why isn’t Turkey doing this?

ID: The US and Turkey have an extradition treaty. So, for the US law or judges in the US to make a decision to extradite anyone, let alone someone like Fethullah Gulen who is a well-known business person and an internationally recognized cleric and has a huge following base in Turkey. So, Turkey needs to provide hard evidence to US officials so they can get him extradited. It is unlikely that the Turkish government would have any hard evidence to prove that Fethullah Gulen is linked to this military coup. It doesn’t mean that he is not, in practical terms. President Erdogan and his AKP party government circles would know that he may have a lot to do with those behind the military coup because he is an influential leader…They are using political pressure – and they even [accused] a retired US army general [of] being behind the military coup – rather than legal means which is very difficult. It may take years before they could actually get him extradited even if they could. Right now, President Erdogan needs a victory so that he could prove to his public and supporters that Fethullah Gulen was behind this and he has got him back to Turkey and he will [put him on] trial…

The statements, views and opinions expressed in this column are solely those of the author and do not necessarily represent those of RT.