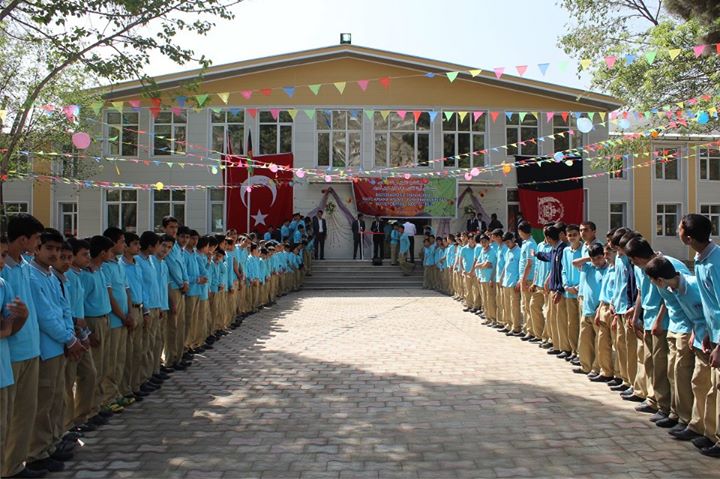 Afghan security officials detained at least four people affiliated with the Gulen movement on Tuesday, according to several media outlets.

One Afghan and three Turkish teachers working at the Afghan Turk CAG Educational NGO (ATCE), a chain of schools claimed to be linked to the movement, detained, Reuters said early in the day.

“Around 7 a.m., four of our teachers traveling in two different cars were picked up by (Afghan intelligence),” ATCE’s chairman was quoted as saying. Turkish online news portal TR724 identified three of the teachers as Mesut Vardak, Önder Akkuşçu and Yılmaz Aytan.

Meanwhile, Euronews said Turkish businessman Sami Yavuz was also rounded up in Kabul around the same time. TR724 said Sami’s wife Zehra was also detained along with him and taken to an undisclosed location where she was later released on the grounds that she was not on the list of “wanted.”

Later in the day, Afghan intelligence officials raided a high school and a girls’ dormitory linked to ATCE, looking for another teacher.

Turkish government holds the Gulen movement responsible for the July 15, 2016 coup attempt while the latter denies involvement. More than 126,000 people have been detained over ties to the movement in Turkey so far while President Recep Tayyip Erdogan earlier called on foreign governments to punish Gulen followers in their own countries. Saudi Arabia, Malaysia, Georgia and Myanmar handed over academics, businessmen and school principals upon the Turkish government’s request even though some of those victims already had refugee status with the UN like Kacmaz family.