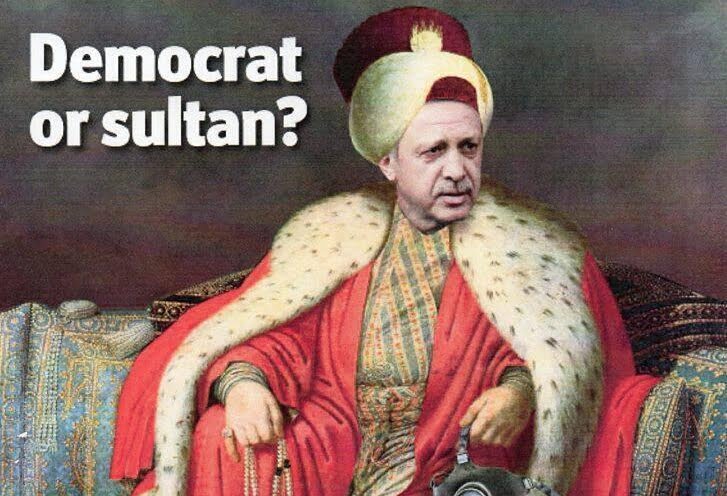 Not even the most apologetic partisan any longer believes that President Recep Tayyip Erdogan seeks democracy.  Even Turkey’s registered foreign agents in Washington, its front groups, and the leaders of the Congressional Turkey Caucus know that to make such an assertion is to lose any credibility.

A decade ago, it was clear that Erdogan was no democrat. Whatever his rhetoric, he was well on his way to the consolidation of autocratic control, using his own henchmen and allies in Fethullah Gülen’s Hizmet movement in order to undermine his opponents, spread his control throughout the bureaucracy, and enrich himself and his family. The question was whether Erdogan wanted to be Putin or more? In other words, was Erdogan’s Islamism a means to an end or the end itself?

Increasingly, it seems the answer is the latter. Erdogan already is Putin, but his recent actions suggest he is serious about remaking Turkey as an Islamic Republic. His desire to “raise a religious generation” is more than rhetoric, and it’s not just about the 9,000 new mosques he has built. In the September 2016 issue of Commentary, I examine Erdogan’s long-game. The state of emergency Erdogan has declared (and now extended) has less to do with security and more to do with allowing Erdogan a free-hand to purge any and all civil servants whom he believes do not share his agenda.

Word from the ground is that the situation has gotten worse in recent days, with an acceleration of Islamization. One Turkish correspondent writes:

In the last few days some 20 or so TV and radio stations were closed, bringing the total to around 50 within the year. This is in addition to the closure of some number of newspapers and over a 100 journalists in prison. I was a fan of one of the radio stations which played ethnic music from all over the World, including often Kurdish, Armenian and Alawite songs. One of the TV stations is a children’s TV, broadcasting just cartoons from the United States or international sources but with Kurdish dubbing.

There are now organizations operating in lower and middle class neighborhoods to gather housewives in groups of between ten and 30 to offer free religious education which, in effect, are little more than indoctrination in to a more radical interpretation of social norms. Who organizes and funds them remains unclear.

For all the discussion outside Turkey about the possibility of Turkey joining the European Union, Erdogan’s commentary inside Turkey shows he really has no interest in Europe. He recently raised questions about the 1923 Lausanne Treaty, in effect reviving revanchist claims to lands once ruled by the Ottomans and throwing uncertainty over borders with Iraq and Greece that have been settled for nearly a century. Then, addressing a gathering of village and religious leaders after his return from the United Nations General Assembly, Erdogan praised them as having more education than the world leaders he met in New York.

He has taken an aspiring democracy, however flawed, and plunged it into an autocracy as bad if not worse than anything it has suffered in the past.

Meanwhile, vigilantes continue to attack and terrorize Turkish women for not conforming to Islamist dress codes. In one well-publicized example, a young Turkish woman was assaulted for wearing shorts on a public bus.

It is bad enough that Erdogan has eviscerated Turkey for his own power and gain. He has taken an aspiring democracy, however flawed, and plunged it into an autocracy as bad if not worse than anything it has suffered in the past. He has taken a once vibrant press and made it less free than that of Russia and perhaps even Iran. Whatever their rhetoric of human rights, some Western policymakers assent to autocracy so long as it brings stability and trade. It is time to recognize that Erdogan’s agenda is not merely to become the ruler of Turkey, but rather much more. He seeks to become sultan in reality even if not in name.

It has become fashionable to believe that Erdogan is bad, but that working with him is a necessary evil in order to assure broader stability. That is wrong not only with regard to the fight against the Islamic State, but also with regard to refugees, and any regional stability. Under Erdogan, Turkey is not the finger in the dyke preventing a deluge of chaos; it policies increasingly are the driver of the deluge of chaos.