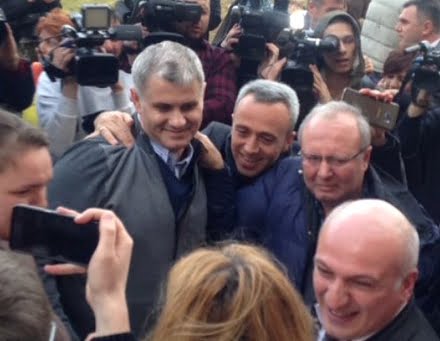 TBILISI, DFWatch–The manager of a private school linked to the exiled Turkish preacher Fethullah Gülen was released on bail by a Tbilisi court on Monday.

Mustafa Emre Cabuk, quality manager at Demirel College, was arrested in May, 2017 in what appeared to be a case of pressure exerted by Turkey on Georgian authorities to crack down on institutions associated with Fethullah Gülen.

Ankara has blamed the U.S.-based preacher for the failed coup in July, 2016.

Before the court released Cabuk on 1,000 lari bail there was immense pressure exerted by Georgian and international human rights activists, as well as politicians, who asserted that extraditing Cabuk to Turkey would inevitably lead to his torture and inhuman treatment.

On February 15, Rebecca Harms, a member of the European Parliament and co-president of the Euronest Parliamentary Assembly, visited Çabuk in prison. She has been most vocal in his support since his detention.

“GOOD NEWS: My colleague MP Tamar Khulordava from Georgia just wrote me that Mustafa is free on bail. I am very happy for him, his family and for #Georgia. #FreeCabuk,” She tweeted on Monday.

We are very happy for Mustafa Emre Çabuk! Right now at the #Georgiancourt he is will not go to prison with the support of @Europarl_EN and #US congressman pic.twitter.com/ed1g4JDxeD