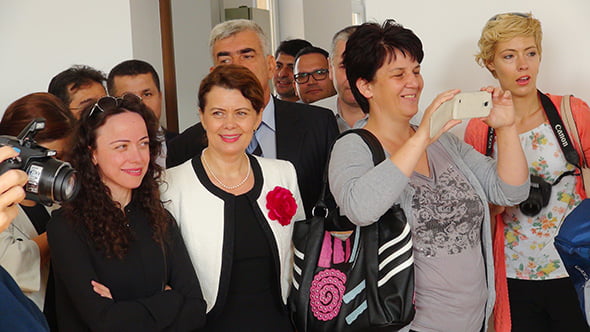 Over three million Romanian students started the new academic year to last 117 days. With the start of the year, Lumina Educational Institutions has added yet another campus to its network of high quality schools. Its Clui chapter welcomed its students in a brand new campus. The Minister of Social Dialog Aurelia Cristea along with parents and local authorities attended the inauguration ceremony. The minister expressed her appreciation for the schools’ contribution to the country’s education.

Following the ceremony, it was time for classes. Accompanied by the school officials, the minister took a school tour and gave her remarks. “Lumina Schools are producing very successful students. They have a high record of both national and international achievements and we are happy to have one of them in Cuia too. Private schools are playing a significant role in our country’s economy and education alike. They are raising the next generation of Romanians.” Dan Bumbu, a parent, said, “I find the school’s education methods and quality very efficient and gratifying.”

Romania has some 3.2 million students at its elementary and middle schools. Lumina schools have been operating in five different cities across the country and currently attended by 3,200 students.

Published [in Turkish] on Samanyolu Haber on 15 September 2014, Monday