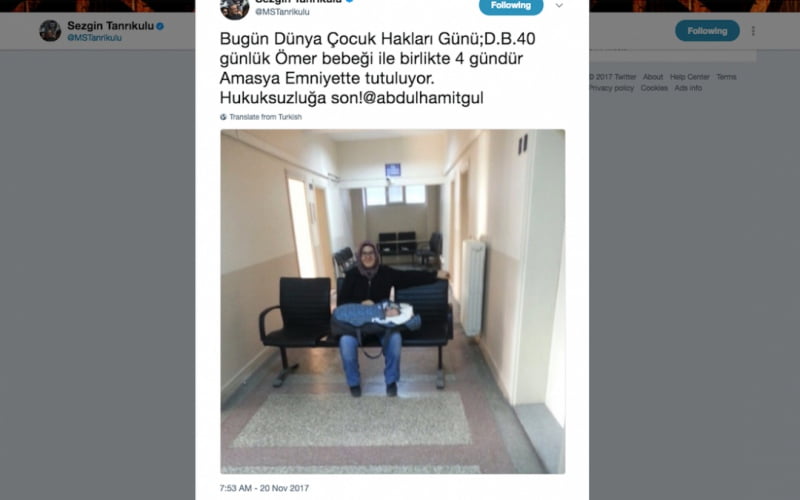 D.B. was first detained in 350-km-away Kirsehir province and taken to Amasya later on, according to media.

This is not the first-time Turkish police detained a woman who just had a baby as hospitals, hotels as well as state institutions have become common places where suspects are required to check in for registration, involuntarily helping police to locate them.

More than 17,000 women in Turkey have been jailed as part of the government’s post-coup crackdown against critics and opponents.

Some 668 children were also put behind bars along with jailed parents as they had no else to look after them outside.