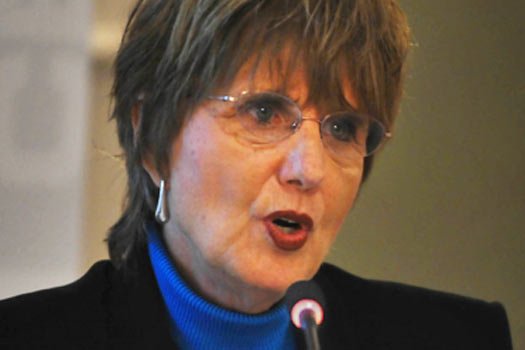 A sociologist who has studied the faith-based Gülen movement of Turkey extensively has said the movement helps other countries in the world to become more aware of Turkey.

Helen Rose Ebaugh, the author of “The Gülen Movement: A Sociological Analysis of a Civic Movement Rooted in Moderate Islam,” was in İstanbul yesterday where she attended a panel discussion organized by the Journalist and Writers Foundation. Other speakers who took part in the discussion included Ferhat Kentel, Ömer Laçiner and Ali Bulaç.

During her speech, Ebaugh stated that the Gülen movement had opened schools across five continents and in 120 countries, helping to educate the people in these countries and also creating a “society of dialogue.” She said thanks to the activities of these schools, people in those countries have become more knowledgeable about Turkey, saying this has contributed to an overall international awareness of Turkey.

Ebaugh also emphasized that what kept the movement alive and its participants interested were regular “sohbets,” or talks, where religious and philosophical topics are discussed, bringing fellow followers together in a friendly atmosphere. She said she had not met the movement’s founder, Fethullah Gülen, in person, adding that she also had no intention to do so.

Kentel, the dean of the sociology department of Şehir University, praised the book and particularly its focus on organization devotion theory; however, he did criticize the book by saying it was lacking in sociological criticism. Kentel defined the Gülen movement as a movement intended to create a counter-hegemony to the Kemalist regime. “This is why it is a nationalist, right-wing and largely patriarchal movement,” he said.

Researcher Ömer Laçiner criticized Ebaugh’s book for not investigating the political links of the movement. He said Catholic and Protestant groups had formed similar movements in the 18th and 19th centuries, noting that the book should have included a comparison with these movements. He also criticized the movement for being hesitant when it comes to the Alevi and Kurdish questions.

Erdogan’s propaganda channels and instruments have been referring to Hizmet as the “Gülenist Terror Organisation” for years and over the past months, this full-fledged criminalisation campaign has often seen relations between the Hizmet network and the Catholic Church – including the Vatican – being dragged into it. This has primarily been witnessed in the most staunchly nationalist press channels.