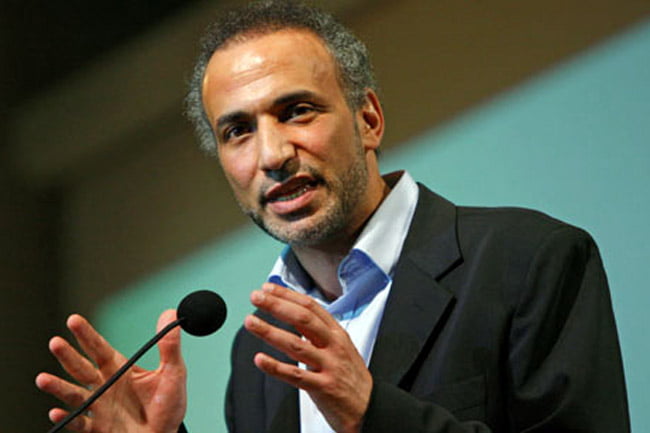 Prominent scholar Tariq Ramadan, grandson of the founder of the Muslim Brotherhood, has criticized the Turkish prime minister for seeking more power and urged him to rethink staying in power for a longer time.

Ramadan said during his speech at the Reviving Islamic Spirit (RIS) talks in Toronto on Dec. 29, posted to YouTube on Tuesday, that Turkey is not a model for all Muslim-majority countries because its approach to governance is specific to its history.

“And I was critical with that government there, too,” Ramadan said, adding that he had said both in Turkey and when he was at the UN that what Prime Minister Recep Tayyip Erdoğan once told former Egyptian President Hosni Mubarak — that one day he will have to know how to leave — is true for him as well. “[Erdoğan] also needs to get this right.”

Ramadan stated that having something he called a “very interesting” strategy of going from being a prime minister to being a president is something “you have to think about.” Ramadan was referring to Erdoğan’s plan to shift to a presidential system of government in Turkey and his unannounced ambition to lead the country as president.

He noted that sometimes leaders have to understand that being in power is bound to time and that one day they should leave. “Leave, leave, and let the [other] people come,” Ramadan stressed in his speech.

He deemed his remarks “constructive criticism” — not for the purpose of destruction but for the sharing of ideas. In a bid to assure his audience that he only wants what is best for Turkey, Ramadan said he was also critical of Russian President Vladimir Putin when he switched jobs with current Prime Minister Dmitry Medvedev to serve another term as president and that he is voicing similar concerns so as not to see the same thing happen in Turkey.

Throughout his speech, he was also critical of leaders, particularly Islamists, who seek ever more power and warned against the disadvantages of being in power for extended periods.

He said both seculars and Islamists in the Muslim world are talking about the creation of a “civil state with Islamic reference as a nature of the state.” He said he hears similar points when he speaks to Islamists. “No real, deep, clear vision. These are words to please, not meant to implement, and the vision is lacking,” Ramadan said.

He noted that there are other challenges gripping the Muslim world as well, and rampant corruption comes as one of the main challenges people in Muslim-majority countries face. He noted that the second problem is education, and urged Muslim leaders to confront social injustice and the lack of education.

He heavily criticized what he called new “trends” in many countries in the Muslim world, particularly among the Muslim Brotherhood in Egypt, in which people seek power.

“You are making mistakes,” Ramadan said. “This is not the right way. You are so obsessed with power because you were in the opposition for 60 years that now you are focused on power. And my position was don’t go for it, don’t go to elections. This is the trap. This is the trap that won’t serve the people. Be the counter-power. Let it be that you are here to serve, not to take over,” Ramadan said.

He noted that he had said similar things about Hamas, a party that rules the Gaza Strip. “You have authority but not the power. They want you to win to end … you,” he added. He said he was surprised when Islamists criticized him for similar remarks he made last year. “What are you talking about?” Ramadan said Islamists asked him. “This is a time for Islamists to celebrate.”

He criticized the Muslim Brotherhood in Egypt for being naïve.

He also said that Egyptian Defense Minister Gen. Abdel Fattah el-Sisi is “a tyrant and a liar” who worked a great deal with US and Israeli forces before. He said the army is playing behind the scenes and that many have failed to see the whole picture.