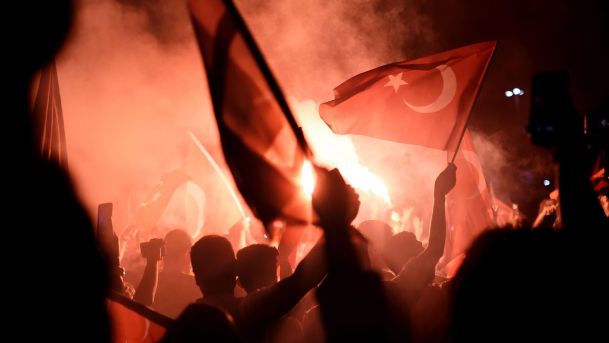 [First of all,] there are important differences between the two groups, [The Gulen Movement and Erdogan’s AKP]. Erdogan runs a political party while Gulen operates a civil movement called Hizmet (“Service”). Erdogan comes out of a more traditional Sunni Turkish Islamist movement; Gulen comes out of an apolitical, more Sufi, mystical and social tradition. Gulen is interested in slow and deep social change, including secular higher education; Erdogan as a party leader is first and foremost interested in preserving his party’s power, operating in a populist manner, trying to raise the general welfare.

I believe it is unlikely that Gulen was the mastermind behind the dramatic failed coup attempt against Erdogan last week. Of course, in the absence of evidence, so far no one can speak with certainty. Gulen’s social movement probably has well over a million followers or sympathizers who are not under centralized control. With the arrests of tens of thousands this week and the use of torture already suspected, there is no telling what kind of “confessions” will be generated. Erdogan demands that the U.S. extradite Gulen (he lives in Pennsylvania) to Turkey, but Washington does not usually extradite political figures unless the evidence is highly persuasive in a U.S. court.

More importantly, Erdogan’s sensational and sweeping charges against Gulen seem to fly in the face of most logic. Consider the following:

Erdogan had already largely crushed Hizmet before the coup. He was enraged in 2013 at the publication — by Gulen followers — of police wiretap evidence of widespread corruption within Erdogan’s own circles. He undertook a massive and ongoing purge against Hizmet’s members, activists, supporters, officials, financial institutions, television stations, newspapers, educational and social institutions, especially within the police and judiciary. Hizmet institutions were devastated. Its members knew their base had been crippled and understood the need to regroup as a movement, perhaps working more closely with liberal and even secular forces to maintain democracy, to protect against a return of military power and to prevent Erdogan’s widening abuses of authority.

Gulen has always embraced the importance and dignity of the state, in the best Ottoman tradition. He has supported the state against earlier Islamist movements that raised Islam over the state. He even felt compelled to support the military takeover of the state in 1980 in order to preserve the state in the face of raging guerrilla warfare raging in the streets. Basically, however, he supports democracy over military rule as the surest guarantee for the freedom of Hizmet to exist and conduct its social mission.

Gulen immediately denounced last week’s coup as well. Was he merely dissembling? Unlikely, since it is consistent with Gulen’s discomfort with military rule over years. Furthermore, Hizmet does not engage in terrorist activities, so support for political violence in this case is extremely unlikely. Erdogan’s charge that Hizmet is a “terrorist organization” is absurd to anyone with the least knowledge of the movement, given its strong emphasis on peace and dialogue.

Gulen arguably lacked even the capability to organize a serious coup in an army that, over decades, has rigorously weeded Hizmet followers out — indeed, any officers showing any religious beliefs. Turkish intelligence has also been all over the movement for years, amassing massive dossiers. Why would Gulen choose to attempt a coup that’s contrary to all his views and at a time of maximum weakness vis-a-vis Erdogan?

Clearly Erdogan is seizing the occasion to eliminate any and all opposition to his plans to create a new super-powerful presidency for himself. Erdogan will find many, even within his own party, who are dismayed at his reach for total power — but are cowed into silence. Once objective journalists now watch their words.

But in the end, this is not just politics. We are talking about a critical issue: what kind of movements will represent Islam’s future? ISIS? Al Qaeda? The Muslim Brotherhood? As Islamic movements go, I would rank Hizmet high on the list of rational, moderate, socially constructive and open-minded organizations. It is not a cult; it sits squarely in mainstream modernizing Islam.

Erdogan’s own AKP had once been a remarkable model. Indeed, if Erdogan had retired from politics in 2011 with all the party’s accomplishments, he would certainly go down in history as the greatest prime minister in the history of democratic Turkey. But, as with so many leaders, after a decade in power, corruption sets in, leaders lose their touch and grow isolated and power-hungry. Erdogan is now in the process of destroying virtually everything his party created in the first decade of governance. His sweeping purges and the pall of fear and uncertainty is destroying Turkey itself.