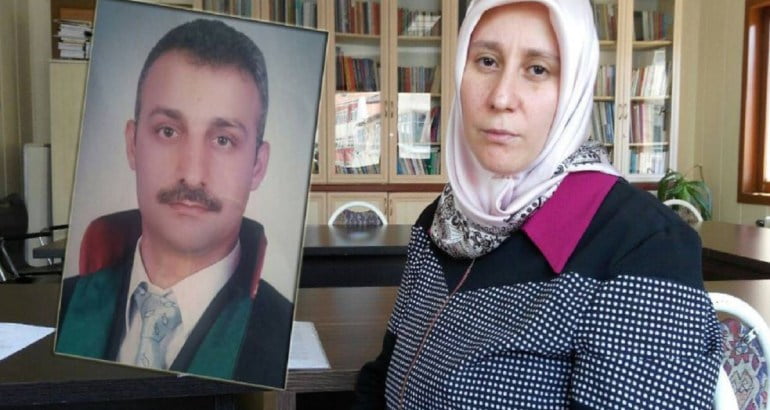 The lawyer of Emine Özben lodged a complaint form against Turkish government on July 28, 2017 requesting the ECtHR under Rule 39 of the Rules of Court to indicate to the government that an effective investigation be conducted to find the applicant’s husband.

The top European court has decided to put the file in process and requested information from the Turkish government. The court had set a deadline of September 1, 2017 for Ankara to respond.

These are the questions ECtHR asked to Turkish government:

– What steps have been taken by the police officers in order to find the applicant’s husband whose abduction was notified by eyewitnesses to the emergency services (155) immediately afterwards?

– What steps have been taken by the investigating authorities, in particular the relevant prosecutors, in the investigation into the abduction of the applicant’s husband?

In particular, have the investigating authorities:

– made attempts to find the black vehicle into which the applicant’s husband was placed by his kidnappers?

– made attempts to identify the kidnappers?

– identified and questioned all eyewitnesses to the incident?

– located and secured any footages recorded by the CCTVs and other security cameras in the vicinity of the incident and along the route of the black vehicle after the applicant’s husband was placed in that vehicle?

Last month, Emine Özben took the case to the Turkish Constitutional Court (AYM) by filing a complaint on rights violations after her repeated pleas for an effective investigation into the case was rejected by the Turkish Police and prosecutors. She detailed how authorities were unconcerned with her appeals. Until now, Emine Özben has not received any response from the Constitutional Court.

ECtHR also asked what steps have been taken by the Constitutional Court in relation to the request made by the applicant on July 7, 2017 for an interim measure?

Mysterious disappearances involving already-victimized opposition groups have become a common occurrence in Turkey in the aftermath of a controversial coup attempt on July 15, 2016.