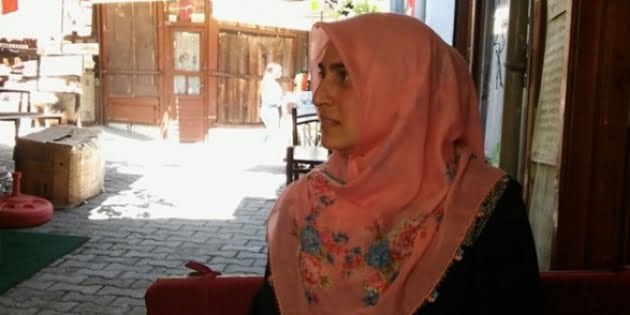 The 28-year-old Nurhayat Yildiz miscarried her twins in prison and the dead bodies of her babies were not returned to any of her family members.

Arrested following her detention on Aug 29, 2016 over ByLock mobile app, Yildiz lost her twins in 19th week of her pregnancy on Oct 6, 2016.

The whereabouts of the dead bodies have been unknown since then, Aktifhaber online news portal said on Thursday.

Yildiz has been kept along with 25 other inmates in a holding cell in Sinop while the jail she stays is supposed to fit only 8 people, Aktifhaber said.

Family members say Yildiz’s has been suffering a psychological trauma and barely talks.

Among the evidence the prosecutor overseeing the case mentioned to demand her arrest are her alleged use of ByLock mobile app and $1 bills police seized during a raid on her home.

Yildiz says she has never downloaded ByLock, which the Turkish prosecutor claim to be the top communication tool among members of the movement.

Turkish government also claims that one dollar bills are an encrypted messaging system among members of the movement.

Yildiz says the seized $1 notes were the ones that were scattered during her brother’s wedding.

It is a common tradition that guests as well as the parents of the marrying couples or children spray paper money onto the heads of people dancing during wedding or circumcision ceremonies.

Under arrest for 298 days, Yildiz is expected to appear in her third hearing on June 23.