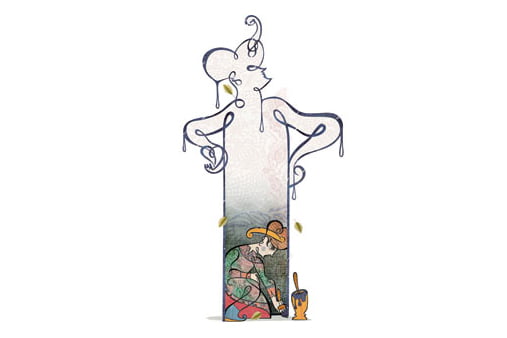 In the last decade, the Hizmet movement has become a phenomenon in Turkish civil and political life. A shallow look from the outside, however, can lead to confusing and contrasting perceptions about the movement when it is only fed by newspaper articles, columnists and rumors.

People from different points on the ideological spectrum are using strong labels to describe the movement, and some of them are quite conflicting. In this article I would like to write about the Hizmet movement’s relationship with politics. I will try to find an answer to the question: Are they engaging in politics out of a pure right to civic, social engagement, or are they engaging in politics for political advantage?

Before answering that question, I must explain the perception of “politics” in Turkish public life. When the nation-state of the Turkish Republic was built after the collapse of the Ottoman Empire, political life was dominated by the Kemalist idea. This was one that was exclusive to the elite of society, state-centered and not open to civil initiatives. They saw politics as their way of ruling the public, and this group closed its doors to the “other.” Kemalists effectively used ideological state apparatuses (a term developed by the Marxist theorist Louis Althusser to denote institutions of education, the churches, family, media, trade unions and law which are formally outside state control but which serve to transmit the values of the state) and closed every avenue which might lead to participation in the political arena.

No engagement in politics

The “other” was to engage in everything else but politics. Politics was to be managed by their one-party political system and to serve their triumphant ideology. Everyone was to be satisfied with that. Obviously, it was far below the expectations of the public. People tried to form alternatives to that exclusivist idea, but whenever they gained some ground to fulfill their political interests, it was banned either by coups or by closing down political parties. The Kemalist idea always perceived alternative political or even social engagement as a threat to the Turkish Republic.

If we look at some examples of civil society organizations from Europe that engage in politics, then we can have some idea of the Hizmet movement’s position in Turkish politics. Western academics describe social movements and their political engagement as “a specific form of collective mobilization which engages conflict by means of unconventional forms of protest.” It is an unorthodox form of political participation, with protest as the main form of action. Social movements are horizontally organized, relying on informal networks rather than hierarchies. They are engaged in some form of debate and propose alternatives to existing systems.

There are many social movements in Europe using an “unconventional” or “unorthodox” type of politics. One of the main examples is the organization named Liberty in the UK. Liberty is a think tank that fiercely protects civil liberties and promotes human rights through policy analysis and lobbying. It works like a pressure group on politics, and it is a highly respected group in British politics. Liberty Director Shami Chakrabarti was a member of the group with UN Secretary-General Ban Ki-moon carrying the Olympic flag at the opening ceremony of the London 2012 Olympic Games. This alone demonstrates her importance and that of her institution.

Right to choose in hands of the people

When we think about the case of Liberty, during its 88-year history nobody expected them to establish a political party and to be involved in politics that way, and I don’t think anybody complains about them being unaccountable to the political system. They are just campaigning with their full power, just like the Hizmet movement does in Turkey. The right to choose is always in the hands of the people and their elected governments. If governments are complaining about political manipulation, it is simply not fair, because the power is still in the hand of the incumbent government. They can easily appoint, change or even fire high-level civil servants and bureaucrats who do not fit well in their positions or are not suited to implement the government’s ideology. They can make massive changes under current laws. As a concluding comment on this issue, the political system in Turkey is still developing. Currently, it is seen as a kingdom for political parties only, and they don’t want to share this or delegate some of this power back to civil society.

*Sadık Çınar is the director of the Birmingham branch of the Dialogue Society in the UK.

HASAN CEMAL I am a person who knows the power of the Gülen Community (the “Cemaat”), or as the colloquial phrase goes, the Fethullahians or Fethullah-followers, very well. I can easily say they are both powerful and competent. How do I know that? Because of football. Yes, that is so. They are very well organized […]