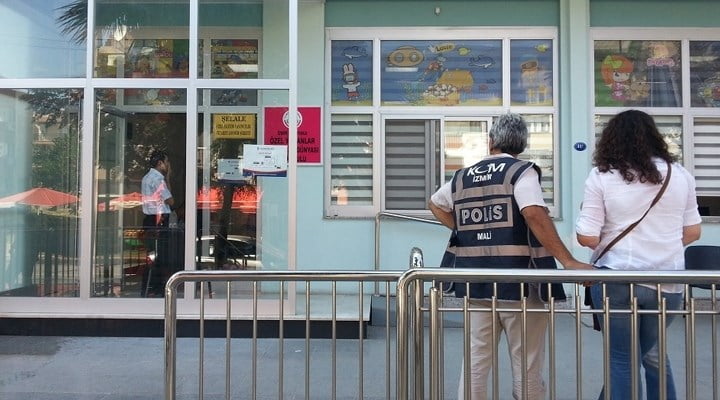 Police raided institutions belonging to Yamanlar Educational Institutions in Turkey’s western province İzmir, including a raid of a kindergarten, early Tuesday morning. The politically motivated raids involved officers combing through school and seizing computers in an effort to find “evidence.”

Along with inspectors, police also raided Yumurcak Dünyası kindergarten, which was for children aged 4-5.

Police carried out search in the building and houses of the principals and accountant of the institutions. The politically motivated raids involved officers combing through school and seizing computers in an effort to find “evidence.”

Police have detained nine people during the raids and the searches at the institutions still continue.

Parents were shocked after the raids against the educational institutions. Seher Sarıaslan, whose children studying at the Karşıyaka Yamanlar Elementary School, said: “While our soldiers die day by day in the country, conducting raids against one of the successful schools in the country is just surprising. I am so sad. It’s a just witch hunt operation.”

The Yamanlar Education Institutions are known for their success both in the national high school and university entrance examinations and international Olympics.