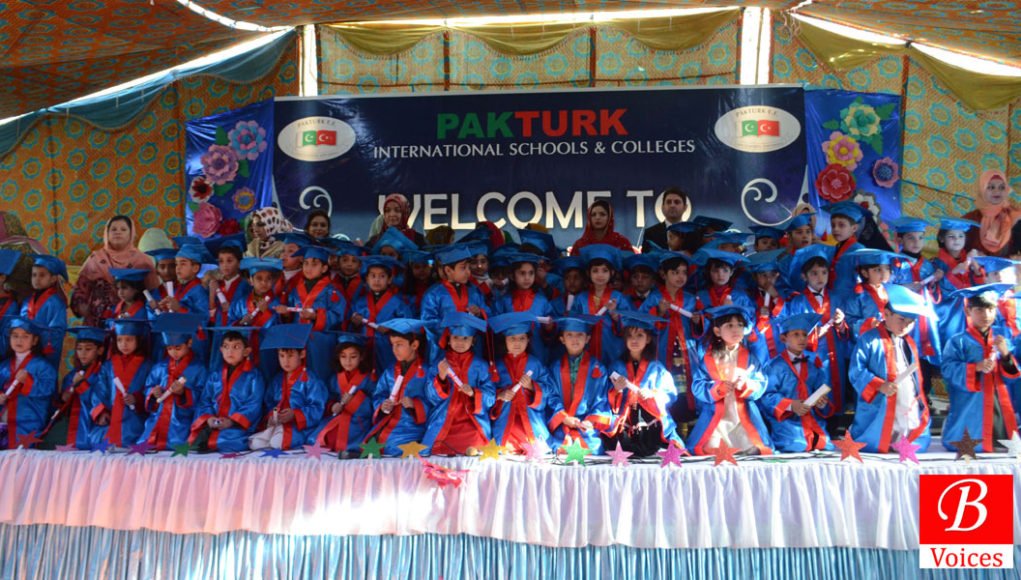 Each item presented by the little kids was a great source of entertainment. Director of the institution Kazim Kazilkaya and Principal Ms Soniya Irum also spoke on the occasion. Chief guest Member Provincial Assembly Mrs Yasmeen Lehri distributed the degrees to young graduates.

Pak-Turk International School and College is the only institution in Quetta where the students get modern education.