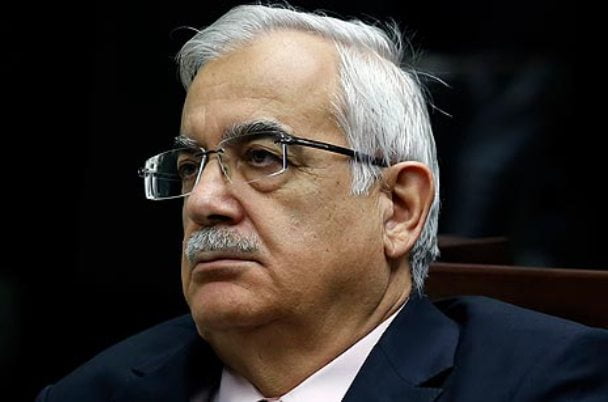 Another deputy from the ruling Justice and Development Party (AK Party), İlhan İşbilen, slammed his party for creating crisis in the country instead of solving the current corruption scandal that erupted in December as he resigned in protest of the government’s response to a graft scandal that has implicated the sons of three ministers and businessmen close to the government as well as the chief of a state bank.

Erdoğan accused the Hizmet movement of being a part of an international conspiracy against his government when a corruption probe that shook his government got under way with a wave of detentions on Dec. 17. Those detained included sons of three ministers who were later removed from the Cabinet as part of a broader government reshuffle. Erdoğan insisted that the corruption probe was a plot against his government masterminded by what he called a “parallel state,” apparently referring to members of the police and judiciary said to be close to the movement. He also blamed the probe on “traitors” or “Hashasins” — a medieval group that carried out political assassinations — all in thinly veiled references to the Hizmet movement.

The incident comes against a backdrop of increasing draconian measures by the ruling AK Party to stifle any opposition and critical voice within the party amid mounting intra-party dissent.

The AK Party has been shaken by resignations following a corruption probe that has rocked Turkey since it became public last month.

In December, following the resignation of three ministers and the replacement of one other in the wake of the corruption probe, former Minister of Interior İdris Naim Şahin also resigned stating that the party has been under the control of a “narrow oligarchic group.”

On the last day of 2013, the party’s Burdur deputy, Hasan Hami Yıldırım, resigned in protest of the government’s response to the graft scandal. Yıldırım’s resignation followed by another AK Party deputy Muhammed Çetin.

With İşbilen’s resignation, the number of AK Party seats in Parliament dropped to 319 and the number of independent lawmakers rose to 14. Currently, the CHP has 134, the MHP has 52, BDP has 26 and HDP has 4 deputies in the parliament.