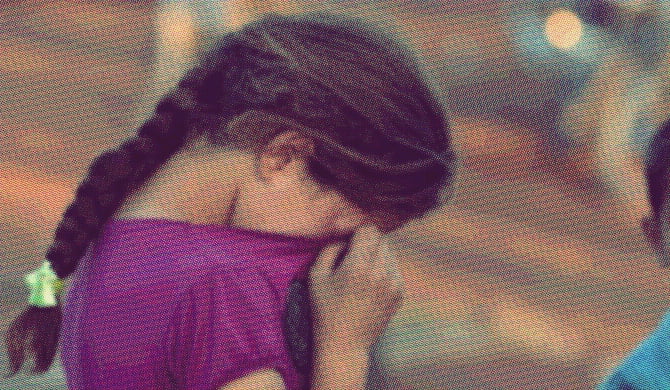 “You cannot imagine how I feel. I cannot sleep at night because I miss her. I just want my mom,” she wrote a letter sent to Stockholm Center for Freedom (SCF), an advocacy group that monitors rights violations in Turkey.

The case of her mother, Nejla Akdağ, was featured in SCF’s April report that was titled “Jailing Women in Turkey: Systematic Campaign of Persecution and Fear” as an example how Turkish authorities jail women as a punishment for the crimes allegedly committed by their spouses.

“How would you know about the hole that was created in my little heart when police took away my mom, that the agony I feel churned my heart and the feeling of falling in an empty space?” the 11-year old wrote. She described how she was happily living in a family of five, going to school every week day, feeling the warmth of being loved by her parents, big brother and sister.

The little girl wrote the terrible tale of losing her grandmother who could not cope with police taking away her daughter under false charges. She said how it breaks her heart to see her 83-year old seriously ill grandfather crying out for his daughter while feeling helpless in taking care of the grandkids left behind.

Turkish authorities refused to release her mom and paced her solitary confinement for 17 days before being transferred to a cell she shares with others. There is no evidence of crime that warrants her detention pending trial but she was kept as a hostage in jail to force her missing husband to turn himself in.

Nejla Akdağ and her husband were working as teachers in a public school in the northwestern province Edirne until the government launched a massive purge against members of Gülen movement on trumped up charges. Nejla Akdağ was detained on August 30th, 2016, but was released afterwards to take care of her ailing 86 years’ old mother, Fahriye Asrak, who had cardiac health problems and was a paralyzed, bed-ridden patient. Nejla Akdağ’s 83-years old father also suffers from chronic heart problems and has a high blood sugar. Nejla Akdağ’s husband had left home to look for a job, but was not heard of him after police searched their home on August 30th, 2016.

Akdağ was detained again on January 27th, 2017 when police raided her home where she lived with three children and elderly parents. She showed her mother’s medical reports to the police, and told them that she had a sick mother and three children to take care of, the police said to her that she would be released when her husband surrenders. Akdağ was formally arrested three days later and sent to prison for a pre-trial detention after three days of detention in police custody. Her mother died only 10 days after her daughter was put in prison. She was not even able to attend to her funeral as she was being transferred from Edirne Prison to Tekirdağ Prison.

Akdağ’s two children reportedly refuses to go to the school after experienced the trauma of police raids to homes twice and the absence of both parent. The elder brother who was senior at a university had to drop out of the school to get a job and take care of his two little sisters. He tried to convince the prosecutor to release her mom by submitting medical reports that she suffers from serious health issues, lost weight, had trouble in confined spaces. Yet Turkish prosecutor told him that his mother would let go when the husband surrenders himself.

Turkish Justice Minister Bekir Bozdağ on May 7 said 149,833 people have been investigated and 48,636 have been jailed as part of an investigation targeting the Gülen movement in the last eight months.

Fethullah Gülen who inspired Hizmet movement (popularly known as the Gülen movement) is one of the vocal critics of Turkish government. He has been outspoken figure in lambasting Turkey’s autocratic President Recep Tayyip Erdoğan on corruption that was exposed in December 2013 as well as Ankara’s aiding and abetting of radical groups in Syria that was uncovered with illegal shipment revelation in January 2014. Erdoğan launched a witch-hunt persecution against Gülen and his followers. 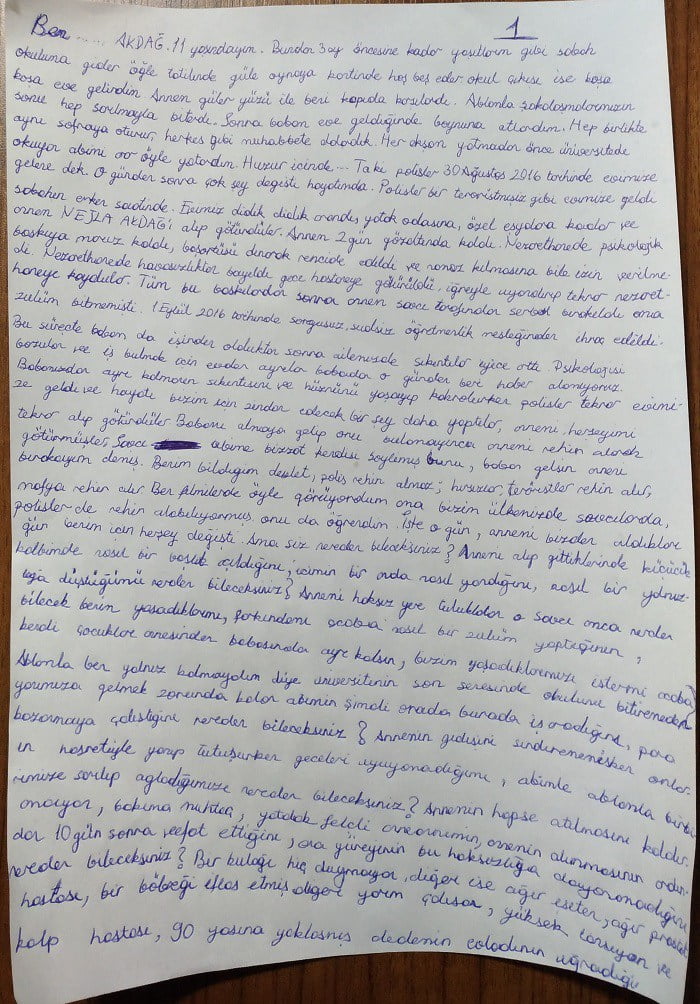