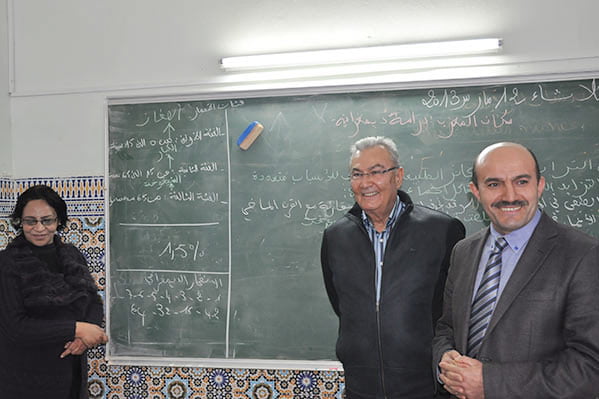 Baykal asked questions to students displaying special Turkish song and poetry performances for him and was highly impressed by their Turkish proficiency. Expressing his pleasure to visit the schools, Baykal said, “I would like to express my gratitude to the teachers who represent our country in Morocco by bringing our values and language.” Further in his remarks he commented that these schools are extending bridges of love between Turkey and Morocco and contribute to the mutual relations greatly. Conversing with the students and teachers, Baykal gave his special thanks to the English language teacher, Selda Karagoz, who voluntarily came to Morocco after graduating from a university in Mongolia.